Vijat Shankar had joined the playing eleven as a replacement for opener Shikhar Dhawan, who was earlier ruled out of the tournament with a thumb injury. His replacement is Mayank Agarwal, a right-handed batsman from Karnataka. 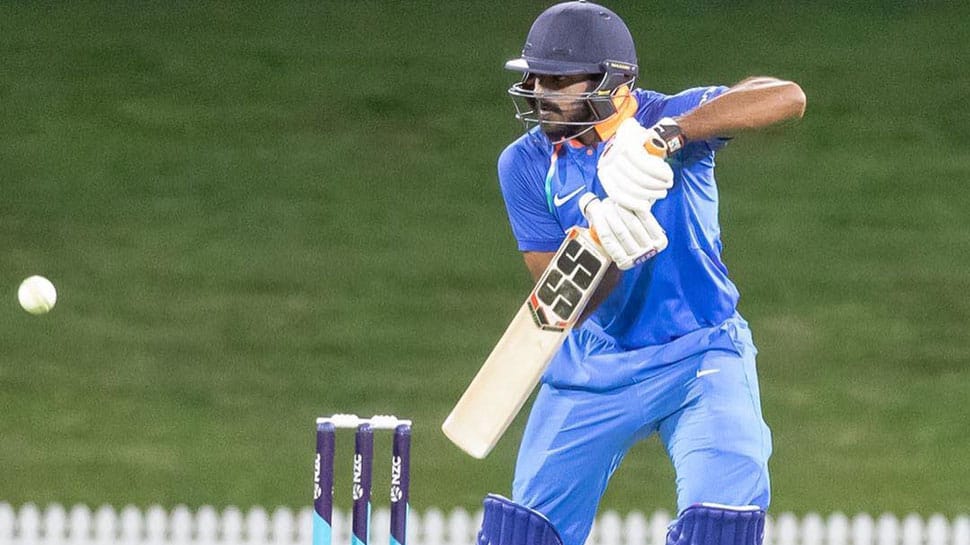 Birmingham: All-rounder Vijay Shankar will not be able to play in the remaining matches of the ICC World Cup 2019 due to a toe injury. Confirming the developement the Board of Control for Cricket in India (BCCI) on Monday said that Vijay Shankar has been ruled out of the World Cup in England after sustaining a fracture in the toe while practicing at the nets. He was injured when a Jasprit Bumrah ball landed on his toe.

The BCCI released an official statement in this regard and named Mayank Agarwal, a right-handed batsman from Karnataka, as the replacement of the all-rounder. "Vijay Shankar sustained a non-displaced fracture of the left big toe, which will require a minimum of three weeks to heal. The injury rules him out of the ongoing World Cup. The Indian team management has requested the ICC to consider Mayank Agarwal as his replacement," the BCCI statement said.

Shankar had joined the playing eleven as a replacement for opener Shikhar Dhawan, who was earlier ruled out of the tournament with a thumb injury.

Shankar was not a part of the clash against England at Edgbaston in Birmingham on Sunday which India lost by 31 runs. Ahead of the match, skipper Virat Kohli had declared that the all-rounder had a toe niggle and hence could not play. Rishabh Pant was included in the squad in place of Shankar.

Shankar's injury comes as a setback for India, considering the remark of Kohli wherein he had said that Shankar was "very close" to playing a big knock. According to Kohli, Shankar is a cricketer who doesn’t need to be told as to what he needs to do.

India are at the second position in the ICC World Cup Points Table which is led by five-time winner Australia. England are at the fourth position while New Zealand are currently third. Pakistan, Bangladesh and Sri Lanka still have a theoretical chance of qualifying for the World Cup semi-finals.