Kohli achieved the feat in the team`s ongoing match against England in the 2019 ICC Men`s Cricket World Cup. 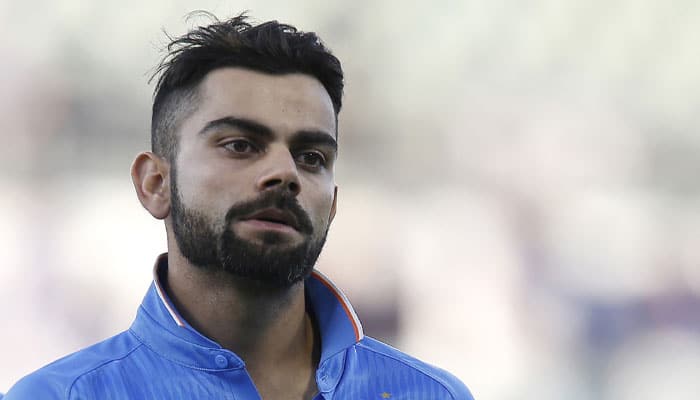 Kohli achieved the feat in the team`s ongoing match against England in the 2019 ICC Men`s Cricket World Cup.

Before this match, Kohli was tied with South Africa`s Graeme Smith and Australia`s Aaron Finch for recording four consecutive fifties in the World Cup.

India are currently placed in the second position in the tournament standings with 11 points.

In the match between India and England, the latter won the toss and opted to bat first.

England went on to post a challenging score of 337 runs for the loss of seven wickets in the allotted fifty overs. Jason Roy and Jonny Bairstow gave England solid base at the top as they stitched together a partnership of 160 runs. Roy was dismissed for 66 whereas Bairstow went on to score a century.

Bairstow was sent back to the pavilion after playing a knock of 111 runs, but Ben Stokes played a 79-run innings to propel England to more than 330 runs. If India goes on to chase this score, they would script the highest run-chase in World Cup history.