Both West Indies and India will next lock horns with each other in the three-match ODI series. 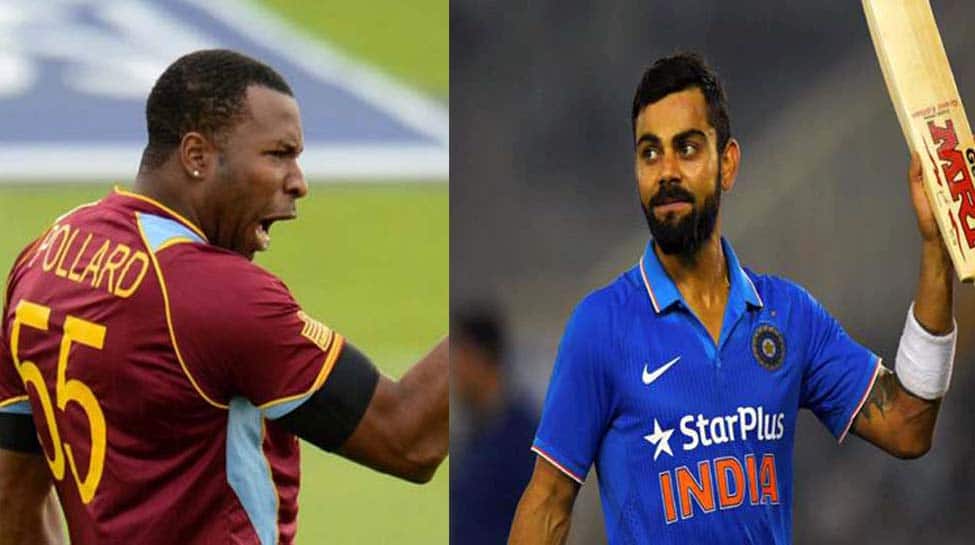 After facing a 67-run defeat in the third and final T20I of the three-match series against India, West Indies skipper Kieron Pollard on Wednesday said that his counterpart Virat Kohli is a `world-class batsman` and the Men in Blue completely deserved to win the series.

India defeated West Indies by 67 runs in the third T20I at the Wankhede Stadium in Mumbai to win the series 2-1.

India posted a mammoth score of 240 runs for the loss of three wickets. KL Rahul, Rohit Sharma and Virat Kohli all registered half-centuries.The Men in Blue later restricted Windies to 173/8 and went on to win the match comprehensively.

"He came out, we bowled few deliveries in his slot and he put them away. He (Kohli) is a class batsman and he is going to put away the bad deliveries. Again as I said, it is about execution, if we would have executed our plans, we would not be having these discussions. He is a world-class cricketer. You need to be on point with such class players. They played well and they deserved to win the series," Pollard told reporters.

Pollard kept the Windies in with a chance of winning the match as he played a knock of 68 runs. During his innings, he also managed to bring up 1000 runs in the shortest format of the game.But his dismissal in the 15th over of the innings brought curtains to the Windies hopes and the side did not manage to recover from the setback.

"It is what it is. They scored 240, we did not execute our plans properly, if we would have got a couple of wickets, we would have been in the game. Chasing the target was not impossible, but yes it was a steep task. We faltered at the end, but I think as a batting unit we were consistent in the series and it is a step in the right direction," Pollard said.

Despite the series loss, Pollard said that the entire side showed great determination to give the hosts a fight in the shortest format of the game.

"The guys stood up for themselves in the series and it was very good to see. I have tried to learn every time I have stepped on the field. We will have days just like the one we had today, but it is always about how we bounce back. Some of these guys are young in international cricket, so we need to shelter them," Pollard said.

"There are a lot of positives for us from this series. We brought this T20I series to the final game, not many of you would have thought about it before the start of the first match," he added.

Both West Indies and India will next lock horns with each other in the three-match ODI series. The first ODI would be played on Sunday, December 15.