Indian skipper Virat Kohli and pacer Jasprit Bumrah are the only two players from the country who have been included in the 11-member Wisden’s T20 International team of the decade. 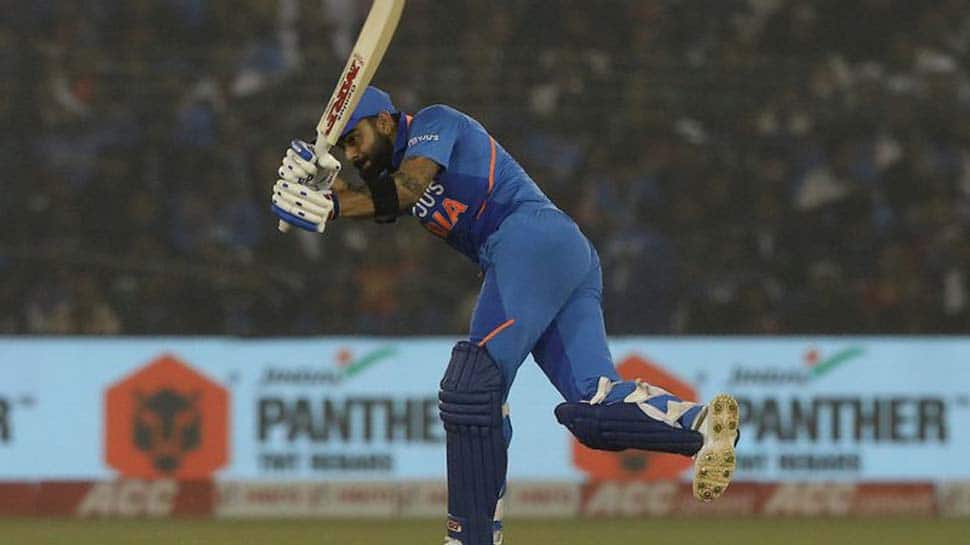 Indian skipper Virat Kohli and pacer Jasprit Bumrah are the only two players from the country who have been included in the 11-member Wisden’s T20 International team of the decade.

Surprisingly, wicketkeeper-batsman Mahindra Singh Dhoni and star opener Rohit Sharma have missed out on making it to the team, which is led by Australia's limited-overs skipper Aaron Finch.

Kohli, who has amassed a total of 2,633 runs in 75 Twenty20 Internationals he has played for the Men in Blue so far, has been named at No.3 spot in the squad.

Talking about Kohli, Wisden stated that Kohli is an ideal player for No.3 position as he is strong against pace and spin and rapid between the wickets.

"While Kohli’s record in domestic T20 cricket is patchy, the same cannot be said of T20Is. Kohli’s average of 53 was the best in the decade, and while his consistency compromises his strike-rate slightly, he is still able to score at a good rate, even if not exceptional," Wisden said about Kohli.

"Strong against pace and spin, and rapid between the wickets, Kohli is an ideal player at No.3, able to fight fires when an early wicket is lost and stabilise the innings, but also accelerate when a platform is set. Following a huge first-wicket partnership, Kohli will slide down the order in this XI," it added.

Bumrah, on the other hand, has bagged 51 wickets in 41 T20Is since making his debut in the shortest format of the game against Australia in January 2016.

Reflecting on the Indian pace spearhead's inclusion, Wisden said that Bumrah has got a nod in the team considering his overall economy rate of 6.71, which is the second best in the world among quick bowlers behind Dale Steyn.

"Despite only making his debut in 2016, Bumrah finds a spot in this team thanks to his defensive brilliance. Bumrah’s overall economy rate of 6.71 is the second best in the world among quick bowlers, behind Dale Steyn. This statistic is more impressive when you consider he did the majority of his bowling in the death overs, where his economy rate of 7.27 was the seventh best in the world, and comfortably the best by a quick bowler. Bumrah is likely bowl three overs at the death for this side," it said.

Besides them, Australian all-rounders Shane Watson and Glenn Maxwell, England's Jos Buttler and David Willey, Afghanistan all-rounders Mohammad Nabi and Rashid Khan, and New Zealand’s Colin Munro and Sri Lanka’s Lasith Malinga have also made a cut in the Wisden's T20 International team of the decade.

The full Wisden’s T20I team of the decade is as follows: