It was Hardik Pandya who told his captain Virat Kohli to drop anchor as his presence gave him freedom to attack. 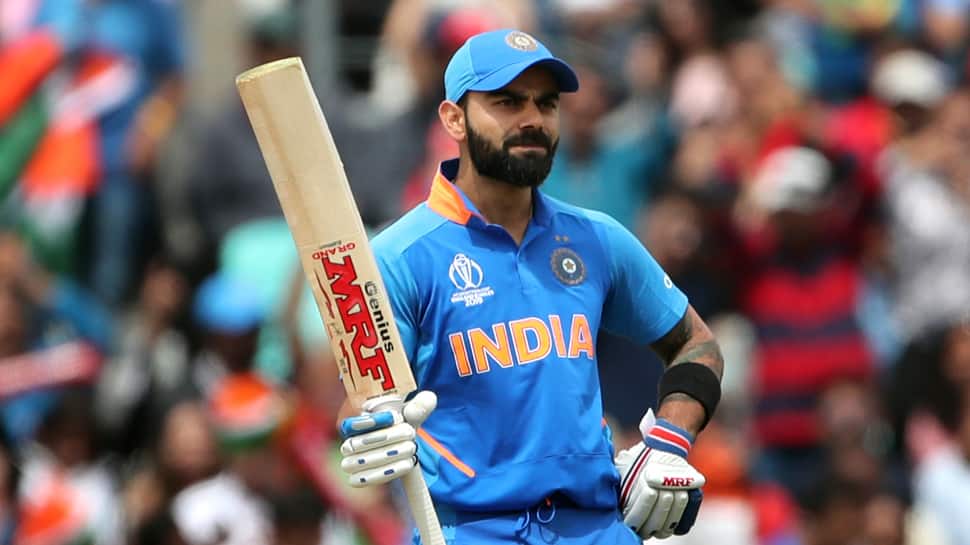 Virat Kohli can switch gears seamlessly while batting but the Indian captain feels that the presence of a compulsive stroke-player like Hardik Pandya allows him to play second fiddle at times. Though Kohli scored 82 off 77 balls in India's 36-run win against Australia, he hit only four boundaries and two sixes.

He was happy running the ones and twos, save the two sixes off Mitchell Starc as Pandya was the aggressor, scoring 48 off 25 balls.

Asked if he didn't think about shifting gears, Kohli replied in the affirmative but then spoke about change in plan.

"Okay, yeah, that thought (to start attacking) did come to my mind. After I crossed 50, I sort of spoke to Hardik and he said, I don't necessarily need to take any chances," the skipper said.

In fact, it was Pandya who told his captain to drop anchor as his presence gave him freedom to attack.

"Hardik said, the fact that you are at one end gives me more assurance to play my game. So, I had to take responsibility of holding it but still maintaining tempo, knocking the ball around," the skipper said, providing some nuggets of his conversation with Pandya.

One of the reasons was not getting enough deliveries that upset his rhythm.

"And then in the last five, six overs, I think I played about six balls. So, I would play one ball in three overs and that was also single immediately. As a batsman, you can't really get rhythm after a while. These things happen in the one-day game."

For the skipper, it's not a problem to swallow his champion's ego and be the support cast if he finds that someone else is being the enforcer.

"As long as guys like Hardik and MS (Dhoni) play like that, I have no problem in just doing my job and taking singles and being at one end. Sometimes, you will get an opportunity to strike as well, and this is what we discussed as a team.

"If some guys are hitting at a certain strike rate, you make sure that you play a second fiddle and control the game because if you lose wickets -- if we lost five wickets in that phase, you're looking at 20 runs less maybe," the skipper said, explaining his rationale behind the game plan.

The team management's communication to the middle-order is pretty clear and the players understand the kind of situational awareness that is expected of him.

"The communication is very important, also. They understood that this is a phase where we could get those extra runs, and they just send Hardik, and I think that it was a very, very good plan," he said.

He then provided an insight to the team's game plan against Australia.

"If I get out then MS will come in to control that one end, and if the other guy gets out, if Shikhar got out, then Hardik would have stepped in.

"Exactly that's what happened, and the communication came from the management that said let's send Hardik and try and capitalise on this because last time we played here against Sri Lanka we got 330 and we lost the game," said Kohli.

But what gave skipper confidence was Pandya's immense self belief that he would score at strike-rate of 200.

"Hardik said to me in the middle of the fact that I'm there at one end gave him the freedom to strike from ball one, and he wanted to strike at 200. That was his plan, and then MS came in and he did the same job beautifully," the skipper said.