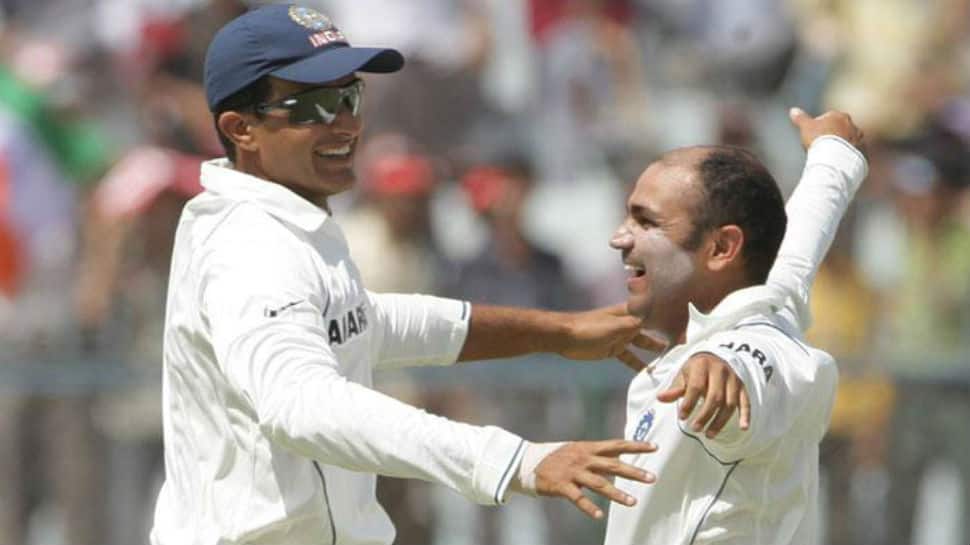 Known as much for his devastating skills with the bat as for his humorous tone and tenor on Twitter, former India cricketer Virender Sehwag on Monday had a light-hearted birthday wish for Sourav Ganguly who turned 47.

Having played much of his international cricket under the leadership of Ganguly, Sehwag took to Twitter to praise the former Indian captain's 56-inch chest in a reference to when Ganguly had indulged in some bare-chested celebrations at Lord's. " Happy Birthday to a 56" Captain, Dada, Sourav Ganguly!56-inch chest," he wrote in his message, before also coming out with some quirky calculations. " 8th day of the 7th month, 8*7 = 56 and a World Cup average of 56. #HappyBirthdayDada, May God Bless You!"

Ganguly's bare-chested celebrations after India's rather improbable win against England in the 2002 Natwest Series remains firmly etched in the minds of his teammates and of cricketing fans around the world. It showed uninhibited passion and a flaming desire for triumph. It was also a revenge statement because England's Andrew Flintoff had gone shitless while celebrating a win at Wankhede Stadium in Mumbai during a previous tournament.

In the Natwest Series final, Ganguly and Sehwag had shared a 106-run opening stand to help India cross the finish line.

Sehwag and Ganguly have together featured in several cricketing triumphs of Team India in years gone by. The two also opened India's innings for a considerable period of time. While both cricketers have long retired, Sehwag has often praised Ganguly for having believed in him and of having supported him. The two have now become commentators, continuing to entertain the cricketing audience with their insight and wit.