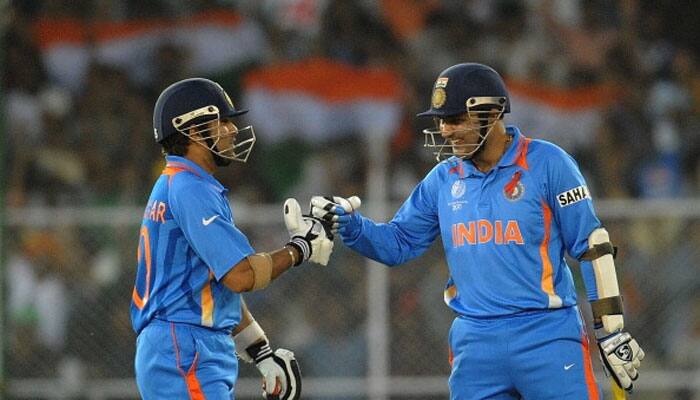 New Delhi: Former Indian cricketer Virender Sehwag took a dig at the Board of Control for Cricket in India (BCCI) and the current head coach Ravi Shastri. Sehwag said he was not picked for the coaching job because he 'did not have any setting' in the BCCI.

According to Sehwag, the Team India skipper had asked him to 'go for it'.

It was widely reported that Kohli’s strong backing was the reason why Shastri was reinstated in the Indian team after a gap of one year during which Anil Kumble was the head coach.

In an explosive interview to India TV, Sehwag also revealed that he would like to change his name.

The 38-year-old said that he would love to change his name to "God" Sachin Tendulkar.

"I would want to change my name to Sachin Tendulkar if I could do it. He has tons of records, I am not even close to him. He is called as the "God" and who would not want to be a God in this mortal world," Sehwag told India TV.

Sehwag, who was Tendulkar's opening partner for a long time, said he envies the master blaster's records.

Tendulkar, who played for India from 1989 to 2013, is arguably the most complete batsman and highest international run-scorer in the history of the game.

Even after his retirement, the little master remains a revered figure in India and also around the world and is fondly called as the "God of Cricket" by his millions of fans.

Sehwag also said that it is only Kohli who can overtake Tendulkar's records.

Sehwag said Kohli has at least 10 years of cricket left in him and can easily break batting maestro's records in future.

Sehwag said people always thought that there would not be another Tendulkar but Kohli has changed this mindset after his arrival.

"We never thought that there would be another Sachin Tendulkar. But Virat Kohli has changed this mindset. I think Virat can surpass Tendulkar's records," Sehwag said.