Jaffer, however, added that both the batting megastars are from different eras and that they are great in their era. 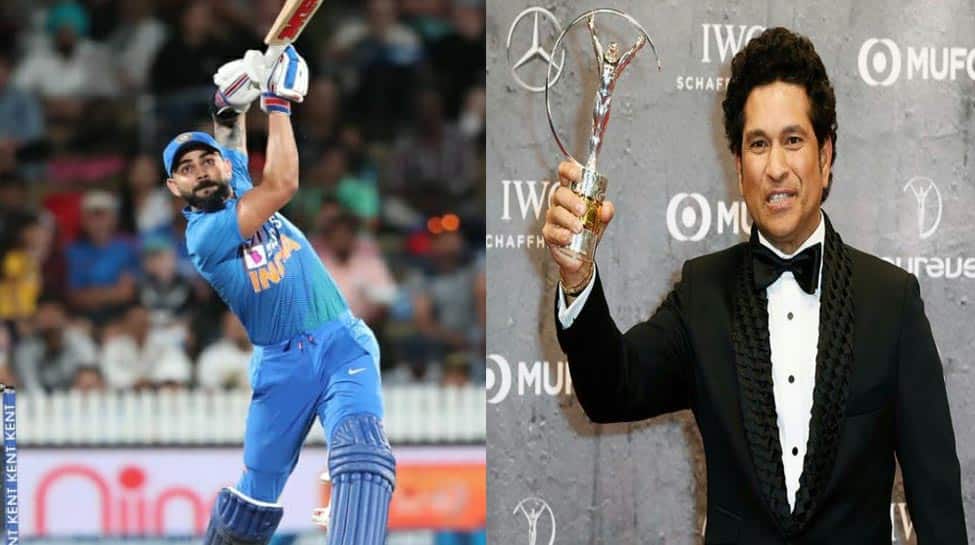 Former Indian cricketer Wasim Jaffer recently came up with a hilarious reply after a Twitter follower asked him to choose between legendary cricketer Sachin Tendulkar and current skipper Virat Kohli.

In a Question and Answer session on Jaffer's official Twitter handle, one of the followers asked the former Indian cricketer as to who is better between Kohli and Tendulkar.

Responding to the question, the 42-year-old former Ranji Trophy player came up with a hilarious answer as he posted a meme with a quote,"Dange Karwaenge kya aap (Do you want to cause riots)?”

Jaffer, however, added that both the batting megastars are from different eras and that they are great in their era.

"On a serious note, different eras. Both are great in their era," he wrote.

On a serious note, different eras. Both are great in their era. https://t.co/WXpnlAFmlk pic.twitter.com/yPmx2u54kb

Jaffer appeared in 31 Tests for India during his career with the Men in Blue, scoring 1,944 runs at an average of 34.11 with 11 fifties and five centuries.

Notably, Jaffer is also one of the few Indian batsmen who scored a double century in the West Indies when he scored 212 against the hosts in St Lucia.