A video posted by the Bharat Army on Twitter showed the Indian skipper dancing to the popular song 'Mere Desh Ki Dharti' at the Sydney Cricket Ground, in the form of moves similar to the  'Naagin' dance. 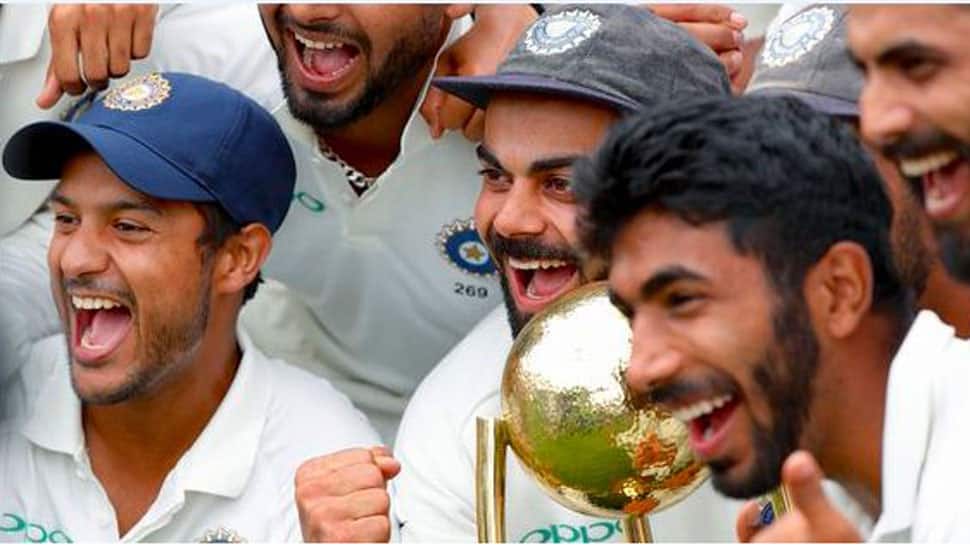 The Indian team scripted history on Monday by recording a historic truimph in a Test series Down Under. The celebrations which followed on the final day's play at the SCG were nothing short of spectacular either with captain Virat Kohli leading from the front.

India were excellent throughout the four-match Test series, with some solid performances from the likes of Cheteshwar Pujara, Jasprit Bumrah, Ishant Sharma and Rishabh Pant. The visitors nearly made it 3-1 in Sydney having forced Australia to follow on on the back of a formidable bowling display.

However, the rain gods helped ensure a respectable scoreline for the hosts after the final day's play at the SCG was washed out. Kohli who has led the charge for India with the bat in many a match, ensured the same off the field once the match was officially called off.

A video posted by the Bharat Army on Twitter showed the Indian skipper dancing to the popular song 'Mere Desh Ki Dharti' at the Sydney Cricket Ground, in the form of moves similar to the  'Naagin' dance.

Team India celebrate with the Bharat Army!: https://t.co/fsTy8cnSIQ via @YouTube

Kohli further clapped his hands along to the beats till the very end along with Ishant Sharma, gifting hugs to members of the support staff. Kohli's infectious enthusiasm and happiness was further evident during the post-match ceremony where he accepted the Border-Gavaskar Trophy with a wide smile on his face before handing it over to his teammates.