India skipper Virat Kohli is keeping himself busy with weight training inside his home gym during the coronavirus COVID-19 lockdown. 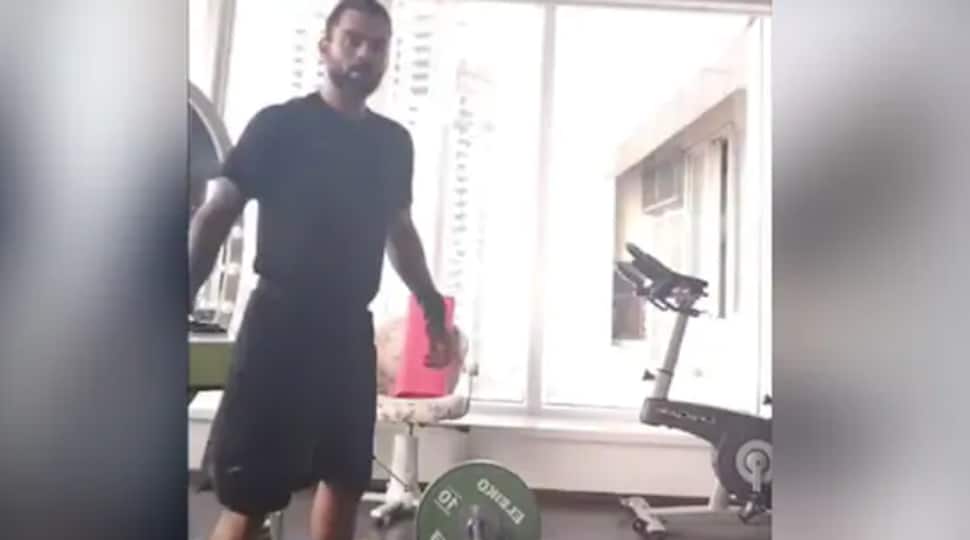 India skipper Virat Kohli is keeping himself busy with weight training inside his home gym during the coronavirus COVID-19 lockdown.

Kohli shared a video on Tuesday (May 19) in which he can be seen performing an impressive weightlifting exercise that left his Instagram fans in astonishment. "Earn it. Don't demand it," Virat Kohli captioned the video.

Earn it. Don't demand it.

There is no denying the fact that De Villiers and Kohli are two of the most popular players of RCB as well as Indian Premier League.

De Villiers said that he loves playing for the franchise and has made friends at RCB whom he wouldn't want to leave. "I really enjoy the franchise, the vibe, the people. You create friendships you don't want to leave. Then I started feeling that I actually want to play for RCB," said the former South African skipper.

De Villiers and Kohli are good friends too and they both speak fondly of each other.

"It's a difficult one, but Virat is definitely the more natural ball-striker, there's no doubt about that. In tennis terms, I'd say he's more like a (Roger) Federer whereas Smith is like a (Rafael) Nadal. Smith is mentally very strong and figures out a way of scoring runs - he doesn't look natural, but he ends up writing records and doing amazing things at the crease," he had said.