The Indian cricket team will sport the new orange jersey in their 2019 ICC Cricket World Cup match against England at Edgbaston on June 30. 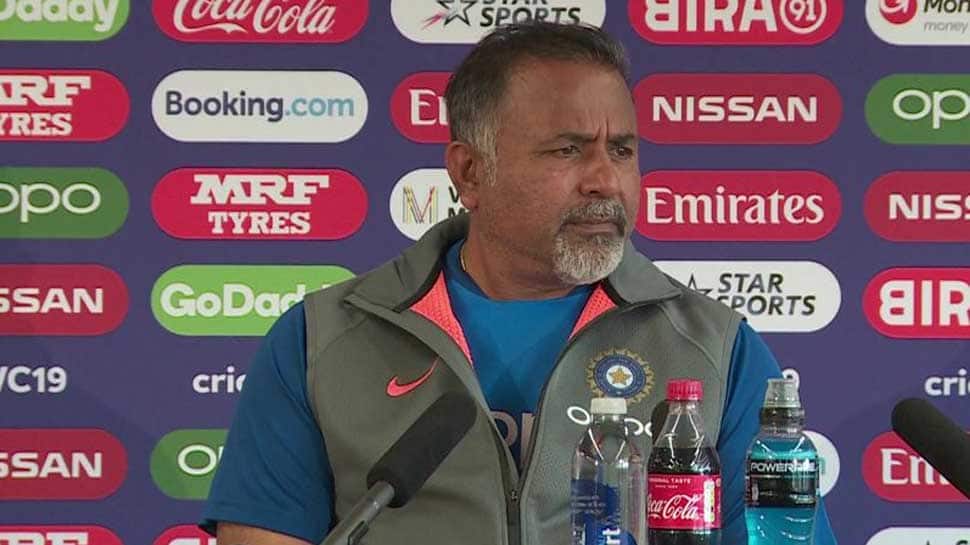 LONDON: Amid a political controversy over the colour of Indian cricket team's new jersey, Team India's bowling coach Bharat Arun said during a pre-match press conference on Wednesday that they were least bothered with the ''colour'' as their focus is on the game in the ongoing ICC Cricket World Cup 2019.

When told that politicians back home were questioning the ''orange'' jersey, which the Team India will be wearing during their clash against England, Arun said, ''To be very honest, we are not even aware of what colours we're going to be wearing. So we have not given any thought to that. And all our focus is on the match tomorrow.''

Responding to a similar question if Team India was concerned with the colour controversy, Aun said, ''I didn't say I'm not bothered. I said we are focusing on the game and we are not aware of what colour we are getting.''

While maintaining that the colour does not matter to Team India at all, Arun said, ''We bleed blue, right. Blue is going to be predominantly the colour and that's it.''

The remarks from the bowling coach came after a political row erupted over reports that India are likely to wear an orange jersey rather than their traditional blue colour jersey during their clash against England in the ongoing World Cup on June 30.

Some opposition politicians from Maharashtra accused the Narendra Modi-led NDA government of attempting to saffronise everything, including sports.

Samajwadi Party leader and MLA Abu Azmi had on Tuesday said that the Modi government at the Centre has changed the colour of the jersey as part of its plan to saffronise everything in the country.

Congress MLA Naseem Khan too endorsed Azmi's charge and said the Modi government was taking the country towards saffronisation in every field, be it sport, culture or education.

However, senior Congress leader Anand Sharma dismissed any suggestion of political controversy over the jersey's colour and told reporters in the national capital that it does not matter.

Responding to the controversy, Shiv Sena leader and Minister of State Gulab Rao Patil said that people are doing unnecessary politics over orange colour in the jersey of the Indian cricket team.

The Shiv Sena leader said that the government has not stopped anyone from wearing green colour then why people were raising objections over the orange colour.

Speculations further mounted after a popular fan of Team India and batting legend Sachin Tendulkar, Sudhir Kumar posted a photo of the rumoured new jersey on his Instagram.

Is this how our Away Jersey of #TeamIndia looks like ? Fans have already spotted a new version in Nike stores and looks like this is the Away Version for #CWC19 which India will wear against England. #IndvEng #ViratKohli #Dhoni #RohitSharma

Importantly, the International Cricket Council had said on Tuesday that colour options were given to the BCCI and they chose what they felt went best with the colour combination.

The ICC further added that the whole idea is to be different as England's jersey also has a similar shade of blue as India. According to ICC, the design for the new jersey has been taken from India’s old T20 jersey which had orange in it.

India will next face West Indies on June 27.