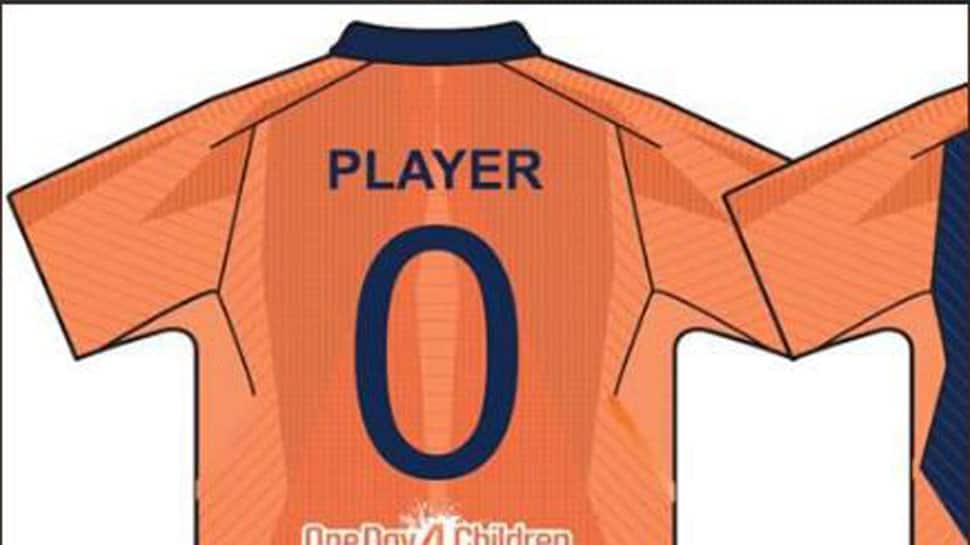 A political row has erupted in Maharashtra over the use of orange colour in the jersey of Indian cricket team. Samajwadi Party leader and MLA Abu Azmi on Tuesday said that Prime Minister Narendra Modi-led government at the Centre has changed the colour of the jersey as part of its plan to saffronise everything in the country.

Responding to Azmi, Shiv Sena leader and Minister of State Gulab Rao Patil said that people are doing unnecessary politics over orange colour in the jersey of Indian cricket team. He added that opposition has nothing good to do and this is the real reason why they are doing politicis over orange colour. Patil noted that orangee colour is there in national flag too. Will the opposition raise objection over this too?

The Shiv Sena leader said that the government has not stopped anyone from wearing green colour then why are people raising objection over orange colour. Patil stressed that sometime people raise the issue of saffron terrorism and now the same people are questioning the presence of saffron colour in new jersey of Indian cricket team.

It is expected that the Indian cricket team would sport the new jersey in their 2019 ICC Cricket World Cup match against England at Edgbaston on June 30.

Few days ago, the images of an orange-dominated jersey went viral on social media with several users claiming it to be official reserve kit of the Men In Blue. In the viral image, patches of Orange can be seen along the shoulders and collar with dark-blue dominating the shirt. Speculations mounted after popular fan of Team India and Sachin Tendulkar, Sudhir Kumar posted a photo of the rumored new jersey on his Instagram.

Is this how our Away Jersey of #TeamIndia looks like ? Fans have already spotted a new version in Nike stores and looks like this is the Away Version for #CWC19 which India will wear against England. #IndvEng #ViratKohli #Dhoni #RohitSharma

Meanwhile, International Cricket Council on Tuesday said that colour options were given to BCCI and they chose what they felt went best with the colour combination. The ICC added that  whole idea is to be different as England's jersey also has a same shade of blue as India. According to ICC, the design for the new jersey has been taken from India’s old T20 jersey which had orange in it.

ICC World Cup 2019, New Zealand vs Pakistan: As it happened