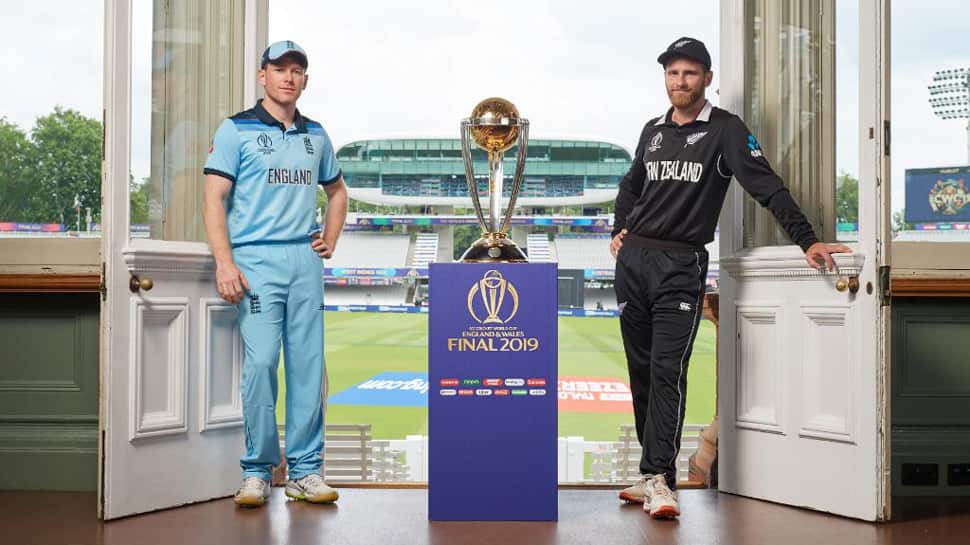 The last time England and New Zealand met in the 2019 World Cup, it was a group stage encounter and the hosts broke a 27-year-old record to beat the Kiwis in a showpiece event tie.

But all that will count for nothing when the two teams clash in the final at Lord's on Sunday. While New Zealand beat favourites India to seal the final spot, England thrashed arch-rivals Australia by eight wickets to set up the final date.

On paper, it will clearly be a case of home advantage standing Eoin Morgan's men in good stead, but as Kiwi coach Gary Stead hinted on Friday, calling the New Zealand boys underdogs for the final clash would be unfair. After all, they beat the much-fancied Indians to book their ticket to London.

While both teams have quality bowling attacks, the batting of the New Zealand outfit is something that will definitely bother the Kiwis, especially the poor form of experienced opener Martin Guptill. While his direct hit to dismiss M.S. Dhoni did change the outcome of the semi-final between India and New Zealand, he would wish to give the Kiwis a good start at the top. And there is a positive in there. Guptill's first ODI in England was at Lord's in May 2013 and the opener scored 103* against the Englishmen in that game.

But he will come up against Jofra Archer and Mark Wood and the duo have literally been on fire in this edition of the showpiece event picking up 19 and 17 wickets respectively. Archer also has the highest dot balls to his name with 338 and like he showed in the game against Australia, his pace can be quite disconcerting when he is on song.

Archer isn't the only concern though for the Kiwis. Another man who has been a pain in the back of most teams this year, has been Jason Roy, and while he was fined for challenging the decision of umpire Kumar Dharmasena in the semi-final game, he hasn't been suspended and will be free to play. And if the 85 at Edgbaston was anything to go by, New Zealand have their task cut out.

To be fair to the Kiwis, while the bowling attack of the two teams look almost at par on paper, England's batting has a lot more depth as compared to the Kiwis, and Kane Williamson's boys will have their task cut out if they are to clean the batting up. But then, on a given day, anything can happen and the New Zealand players will definitely take confidence from their semi-final encounter against India.

The weather, after troubling the cricketers right through the tournament, is expected to be bright and sunny and that should mean a slight advantage to the batsmen. The wickets to have started to get slower and the bowlers have been using a lot of cutters recently.

Interestingly, New Zealand hold the edge when it comes to matches against England in both regular ODIs as well as World Cup encounters. While they lead 43-41 in regular ODIs, the record is 5-4 in the World Cups. And England would definitely wish to change that come Sunday.

Whoever wins at the end of this one, world cricket is set to have a new champion. And going by the record of the last few World Cups, the hosts definitely hold the edge as India won in 2011 and Australia in 2015.