The 2019 International Cricket Council (ICC) World Cup clash between India and New Zealand was washed out on Friday without a ball being bowled due to incessant rain. 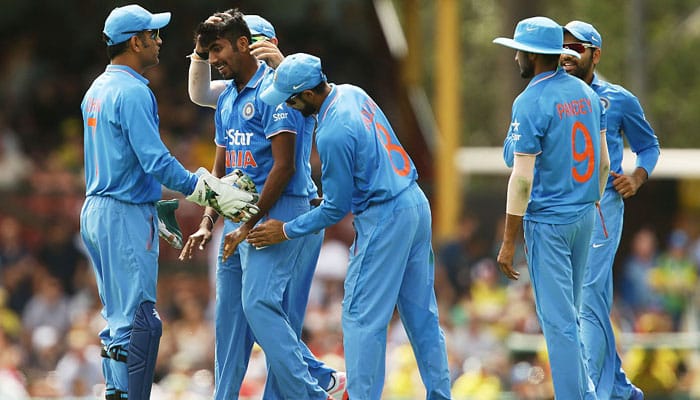 The 2019 International Cricket Council (ICC) World Cup clash between India and New Zealand was washed out on Friday without a ball being bowled due to incessant rain.

India are currently placed at the third spot in the points table for the quadrennial event with two wins from three matches. The Men in Blue are standing behind Australia and New Zealand who have six and seven points respectively following three wins from four games.

Bangladesh all-rounder Shakib Al Hasan stands at the numero-uno spot in the list of highest run-getters in ICC World Cup 2019. He has amassed a total of 260 runs in three innings he played so far in the mega event.

Hasan is being closely followed by Australian opener David Warner, who has amassed 255 runs in four matches he has played so far. Warner smashed a blistering 107-run knock off just 111 balls in his side's 41-run win over Pakistan in their previous match.

Indian opener Rohit Sharma is currently standing at the seventh spot with 179 runs from two matches.

The Australian duo of Pat Cummins and Mitchell Starc stand at the second and third place, respectively with nine wickets each from four matches. Cummins, however, is standing ahead of Starc because of a better run-rate.

While New Zealand's Lockie Ferguson is placed at the fourth position in the highest wicket-takers' list with eight wickets from three matches, his teammate Matt Henry completes the top five with seven wickets in hand.