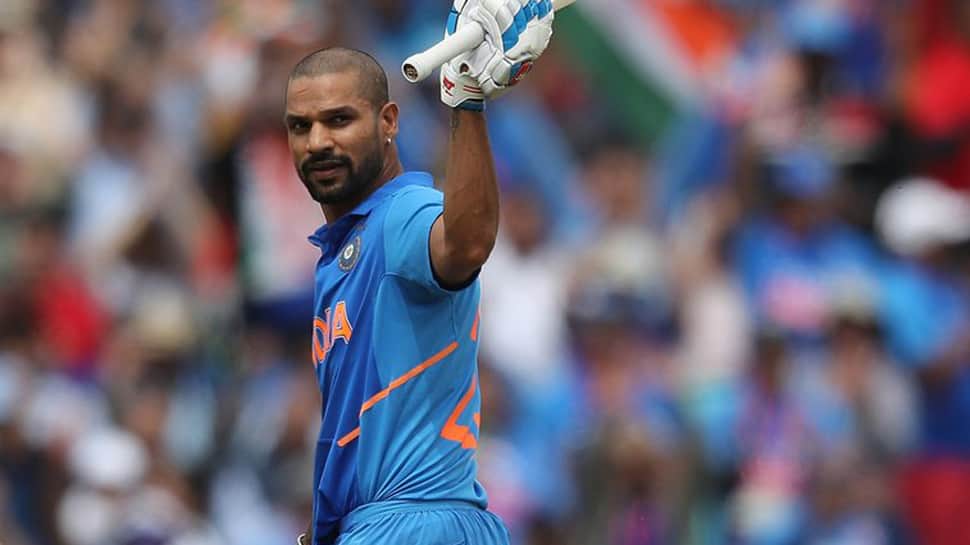 Indian opener Shikhar Dhawan is doubtful for the upcoming 2019 International Cricket Council (ICC) World Cup clash against New Zealand after sustaining a finger injury while batting during his side's second clash of the mega event against Australia at The Oval on Sunday.

Dhawan smashed a blistering knock of 117 runs besides sharing a 127-run stand with his opening partner Rohit Sharma (57) to help the Men in Blue post a huge score of 352 for five in their stipulated 50 overs.

However, Dhawan did not take the field during Australia's chase and it is now to be seen whether the Indian opener will be available for the next game against New Zealand on Thursday at Trent Bridge, Nottinghamshire

Earlier on Sunday, Dhawan became only the third Indian batsman to notch up at least three ICC World Cup centuries after former cricketers Sachin Tendulkar and Sourav Ganguly when he struck his 17th ODI century after the Men in Blue opted to bat first during his side's second group stage match against Australia.

It was also Dhawan’s 10th fifty-plus score in an ICC event since the 2013 Champions Trophy and his third World Cup century.