Pakistan continue to remain alive in the ICC Cricket World Cup 2019 following a win against New Zealand by a margin of six wickets in match 33 of the tournament at Edgbaston, Birmingham on Wednesday. 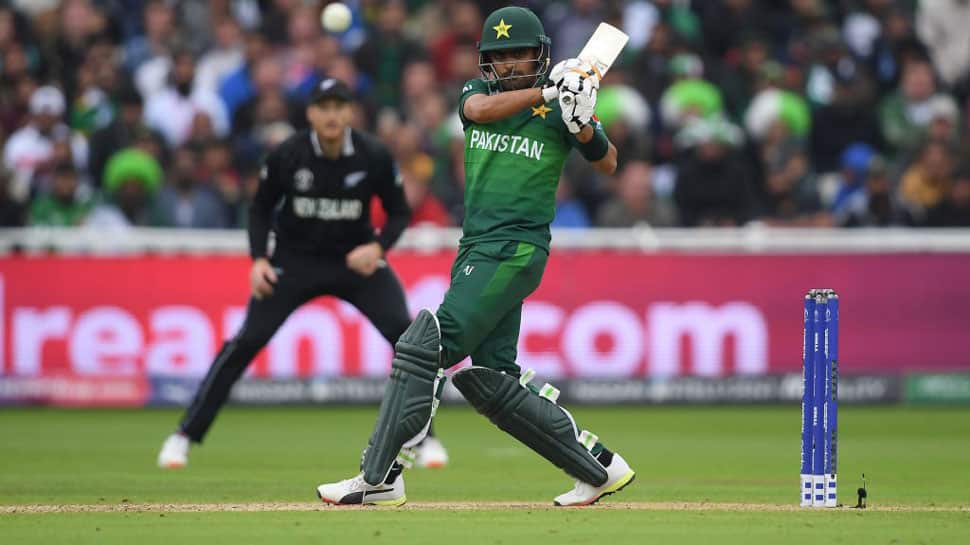 Pakistan continue to remain alive in the ICC Cricket World Cup 2019 following a win against New Zealand by a margin of six wickets in match 33 of the tournament at Edgbaston, Birmingham on Wednesday.

India are now the only side to be unbeaten in the ICC Cricket World Cup 2019 following this defeat.

New Zealand skipper Kane Williamson won the toss and opted to bat. The side got off to a poor start with Martin Guptill dismissed for 5 off the first delivery of Mohammad Amir's opening over of the innings. Fellow opener Colin Munro was dismissed soon after for 12 as young pacer Shaheen Afridi struck early.

Kane Williamson and Ross Taylor who had stitched a record partnership for the Kiwis in their previous game against West Indies further failed to get the job done. While Taylor was dismissed for 3, Williamson was dismissed soon after as spinner Shadab Khan made his presence felt.

All-rounders Jimmy Neesham and Colin de Grandhomme made their presence felt under pressure stitching a partnership of 132. Neesham remained unbeaten on 97 at the end of the innings with New Zealand posting a total of 237 runs for the loss of six wickets in 50 overs.

Pacer Shaheen Afridi was the pick of the bowlers accounting for three wickets while Mohammad Amir and Shadab Khan picked a wicket apiece.

In reply, Pakistan lost openers Imam-Ul-Haq and Fakhar Zaman within the first 10 overs with the team's score at 44. Babar Azam made his presence felt at this stage stitching a 66-run partnership with Mohammad Hafeez.

Azam continued to battle on a tough batting track following the dismissal of Hafeez for 32, stitching a partnership of 126 runs with Haris Sohail.

This partnership helped Pakistan chase down the target of 238 in 49.1 overs, with Azam remaining unbeaten on 101 off 127 deliveries.

Let us take a look at the list of players with most sixes, fours, best batting average and best bowling figures after Pakistan vs New Zealand clash:

England captain Eoin Morgan is currently on top of the table with 22 sixes in seven matches. Australian skipper Aaron Finch and Windies veteran Chris Gayle are placed on the second and third spot with 18 and 10 sixes in seven and six matches respectively.

Windies all-rounder Carlos Braithwaite who made his presence felt in the recent thrilling clash against New Zealand scoring a century is placed on the fourth spot. Braithwaite has scored seven sixes in five matches with Indian opener Rohit Sharma the fifth name on the list having scored six sixes.

New Zealand skipper Kane Williamson continues to lead the list following his 69-ball 41 against Pakistan with a batting average of 138 in six matches. Indian opener Rohit Sharma and Bangladesh all-rounder Shakib Al Hasan are placed on the second and third spot with averages of 106.66 and 95.20 in four and six matches respectively.

Bangladesh all-rounder Shakib Al Hasan who picked a five-wicket haul against Afghanistan along with a century in the same clash leads the tally with figures of 5/29.

Pakistan pacer Mohammad Amir and New Zealand all-rounder Jimmy Neesham find themselves on the second and third spot having picked five wickets while conceding 30 and 31 runs respectively against Australia and Afghanistan.

The 34th match of the 2019 ICC World Cup will be played between India and West Indies on Thursday.