Let us take a look at the list of players with most sixes, fours, best batting average and best bowling figures after Sri Lanka vs West Indies clash. 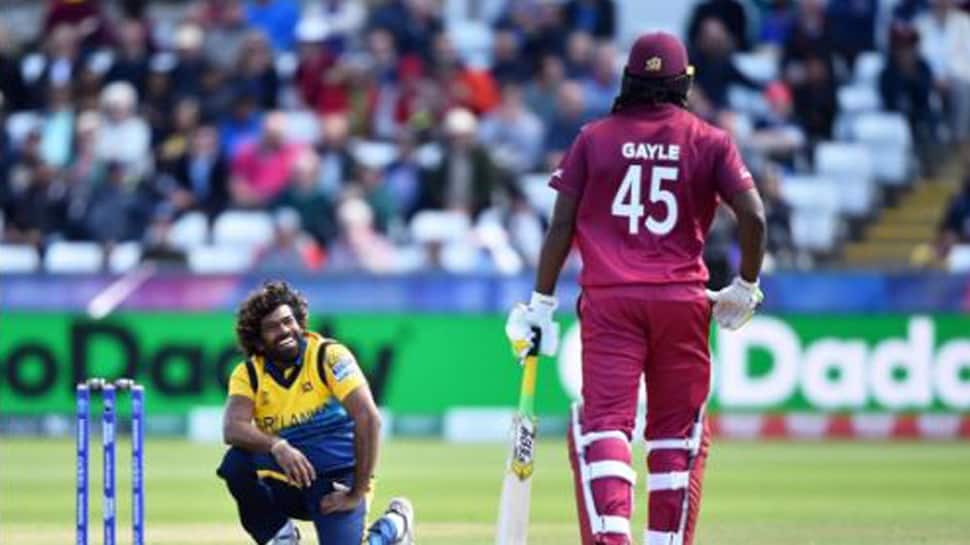 After the defeat against India at Old Trafford stadium in Manchester, West Indies faced another defeat in ICC World Cup 2019 on Monday, this time against Sri Lanka. Chasing a mammoth target of 339, West Indies batsmen, barring Nicholas Pooran, failed to impress with their performance.

The likes of Chris Gayle, Sunil Ambris and Shai Hope failed to put up a decent show, thereby handing over victory to Sri Lanka, who displayed good cricket in all departments of the game.

Nicholas Pooran and Fabian Allen, who scored 118 and 51 respectively, emerged as the only face savers for West Indies. Despite batting for all 50 overs, West Indies could gather just 315 runs.

Sri Lankan batting was led by Avishka Fernando, who displayed good batting and scored 104 off 103 balls at a strike rate of just over 100. The second highest scorer for the team was Kusal Perera, who scored 64 off 51 balls before being run out by Sheldon Cottrell. Lahiru Thirimanne, Kusal Mendis, opener Dimuth Karunaratne and Angelo Mathews scored 45, 39, 32 and 26 runs, respectively.

The bowling attack of Sri Lanka was led from the front by Lasith Malinga as the pacer managed to bag three wickets by conceding 55 runs in 10 overs. The other wicket takers for Sri Lanka were Kasun Rajitha, Jeffrey Vandersay and Angelo Mathews, claiming one wicket each.

Let us take a look at the list of players with most sixes, fours, best batting average and best bowling figures after Sri Lanka vs West Indies clash:

England captain Eoin Morgan continues to emerge as the leading player in the list of those hitting the maximum number of sixes in ICC World Cup 2019 so far. His topping the chart began with his scintillation knock against Afghanistan wherein the English skipper hit 17 sixes. Morgan has hit a total of 22 sixes in as many as eight matches.

Australian Aaron Finch is the second name in the list, with 18 sixes in his kitty while Chris Gayle of West Indies has hit 12 sixes so far.

Rohit Sharma is the only Indian player in the list of top 10 batsmen with maximum sixes in the tournament so far. He has hit seven sixes.

David Warner of Australia leads the list by hitting as many as 49 boundaries while it is Shakib Al Hasan of Bangladesh, who is at the second spot with just one four short. Australian Aaron Finch, who maintains a strike rate of 102.43 in the tournament has hit 47 4s. Rohit Sharma from India is also in the top 5, having hit 46 boundaries so far.

New Zealand captain Kane Williamson, who has scored 454 runs in six innings in the tournament so far continues to top the list. He currently has a batting average of 113.50 and a strike rate of 77.87. The second name in the list is that of firebrand Bangladeshi cricketer Shakib Al Hasan, with a batting average of 95.20.

Australian Mitchell Starc’s 5/26 against New Zealand at the Lord’s Cricket Ground remains the best bowling figure of ICC World Cup 2019 till now. Shakib Al Hasan of Bangladesh and Mohammad Amir of Pakistan have also taken a five-wicket haul each and remain on the second and the third slot.

The top two slots in the category are held by Mohammed Shami and Vijay Shankar of India, who hold a bowling strike rate of 12.07 and 16.00 in three matches.