Cricketer-turned-commentator Sanjay Manjrekar has blocked former England captain Michael Vaughan on social media platform Twitter after the latter once again took a jibe at the Indian over his "bits and pieces cricketer" remark against all-rounder Ravindra Jadeja. 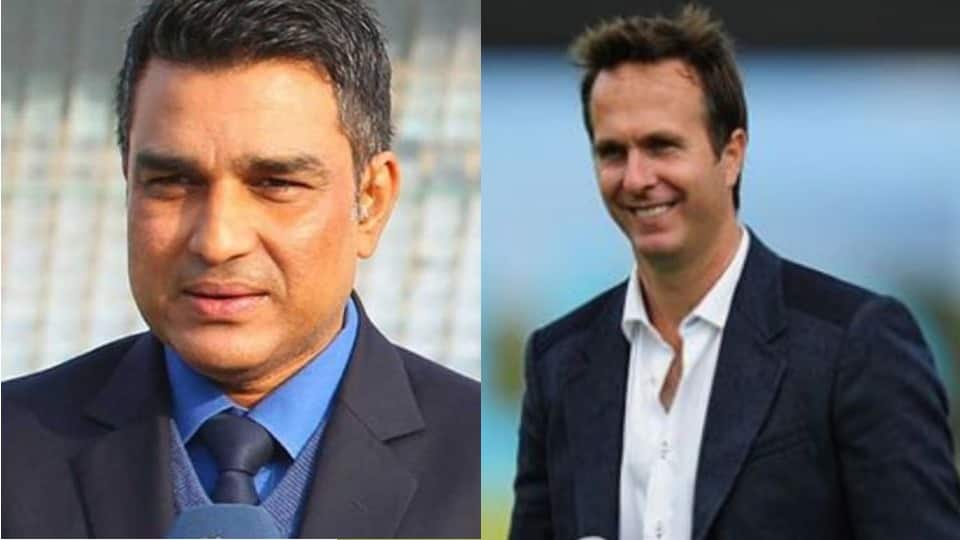 Cricketer-turned-commentator Sanjay Manjrekar has blocked former England captain Michael Vaughan on social media platform Twitter after the latter once again took a jibe at the Indian over his "bits and pieces cricketer" remark against all-rounder Ravindra Jadeja.

Vaughan took to his official Twitter handle to announce that he has been blocked by Manjrekar on the social media.

"BREAKING NEWS .. I have been blocked by @sanjaymanjrekar .. !!! #CWC19," the former England player tweeted.

Jadeja, who was included in India's Playing XI ahead of Mohammed Shami and Kuldeep Yadav for their all-important semi-final match against New Zealand, broke a crucial 68-run partnership between Henry Nicholls and skipper Kane Williamson by removing the opener for 28.

After Jadeja's breakthrough, Vaughan once again hit back at Manjrekar for his "bits and pieces cricketer" comments against the Indian all-rounder.

The tweet didn't go well with Manjrekar as he decided to block the England all-rounder.

Notably, Manjrekar has been doing the rounds in the news ever since he described Ravindra Jadeja as a "bits and pieces" player during an interview to IANS ahead of India's group stage clash against Afghanistan.

"I am not a big fan of bits and pieces players which Jadeja is at this point of his career in 50-over cricket. In Test matches, he is a pure bowler. But in 50-overs cricket, I would rather have a batsman and a spinner," Manjrekar had told.

Hitting back at Manjarekar, Jadeja had said that he had heard enough of the commentator's verbal diarrhea while pointing out that he has played twice the number of matches than the former.

"Still I have played twice the number of matches you have played and I'm still playing. Learn to respect people who have achieved. I have heard enough of your verbal diarrhea Sanjay Manjrekar," the Indian all-rounder had written.

Still i have played twice the number of matches you have played and i m still playing. Learn to respect ppl who have achieved.i have heard enough of your verbal diarrhoea.@sanjaymanjrekar

Surprisingly, Manjrekar had later picked the Saurashtra all-rounder in his probable India Playing XI for the semi-final clash against New Zealand following his impressive bowling against New Zealand. However, after receiving flurry of criticism from followers, including Michael Vaughan, Manjrekar had decided to exclude Jadeja for Tuesday`s clash at the Old Trafford in Manchester.