After a washed-out day 1, it is a bright and sunny day in Southampton to kick off the inaugural World Test Championship final between India and England. 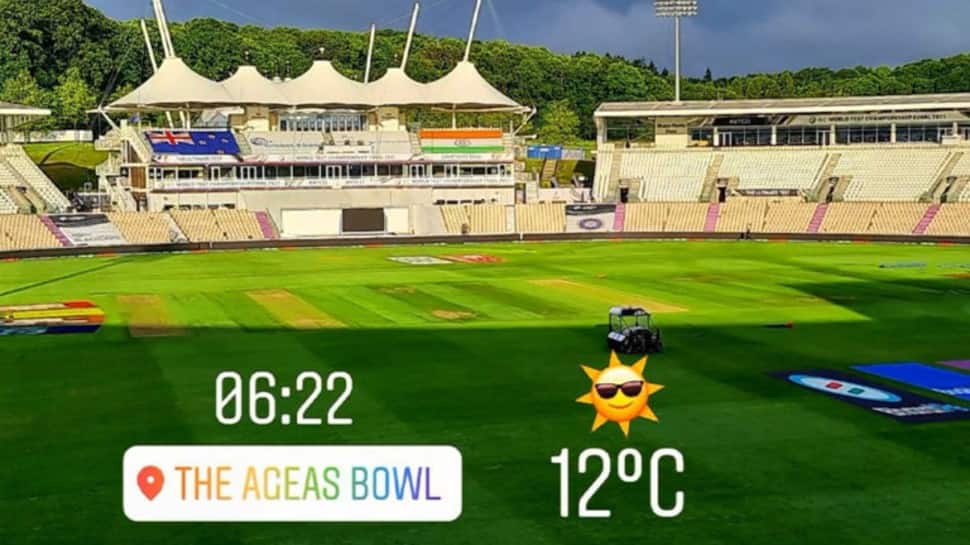 India cricketer Dinesh Karthik on Saturday (June 19) shared the image that fans wanted to see desperately. It is bright and sunny at Ageas Bowl, Southampton. Dinesh Karthik, who is part of the broadcast unit, took to Twitter and shared an image of the ground where you can see the Sun is out and if that stays then the final of the World Test Championship between India and New Zealand might finally commence.

Karthik captioned the image as: “Waking up to the Sun.”

Day 1 of the much-awaited WTC final was washed off as rain poured in. On Day 2, there are predictions of scattered rain and that is likely to play spoilsport in the second half of the day. If that is the case, the toss would happen and then the match would start. As per the weather forecast, the temperature on Saturday would be around the 18-20-degree-mark, while the humidity would be around 80.

The match will enter the reserve day only if the playing time could not be recovered in the five days of the Test. If the rain plays any spoilsport, the first priority will be to finish the game within five days by adding some extra overs to the gameplay if the conditions are suitable. The reserve day will not take place in case of completion of overs and at the same time match will end in a draw. Both teams will be declared as co-winners in that case and the reward money will be distributed equally.