The opening day of the World Test Championship final between India and New Zealand has been called off due to poor weather.

As Team India gear up for the much-anticipated clash against New Zealand in the World Test Championship final in Southampton, they were welcomed with an univited guest. The rain, which has been pouring since Thursday evening, showed up once again on Friday morning, forcing the opening session of Day 1 to be completely wiped off.

While the cricketer's are busy preparing plans for the upcoming contest, the wives travelling along with them took to social media to lament the current scenario.

Sanjana Ganesan, popular cricket presenter and now also the wife of India seamer Jasprit Bumrah, who is part of India's Playing XI, took to Instagram to give her fans the latest weather update from Southampton.

Bollywood actress Anushka Sharma also the wife of Indian skipper Virat Kohli also posted her complaint on Instagram. Ritika Sajdeh and Prithi Ashwin also had messages for their well-wishers, which are listed below: 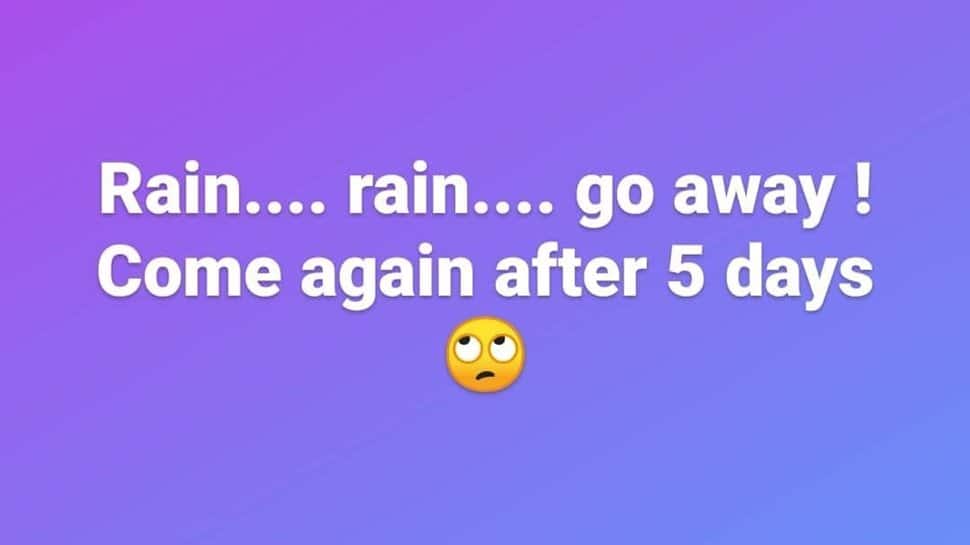 Star opener Rohit Sharma's wife Ritika also took to Instagram and wrote: "Dear rain, I was really looking forward to watching a Test match at the stadium in my pyjamas, kindly oblige." 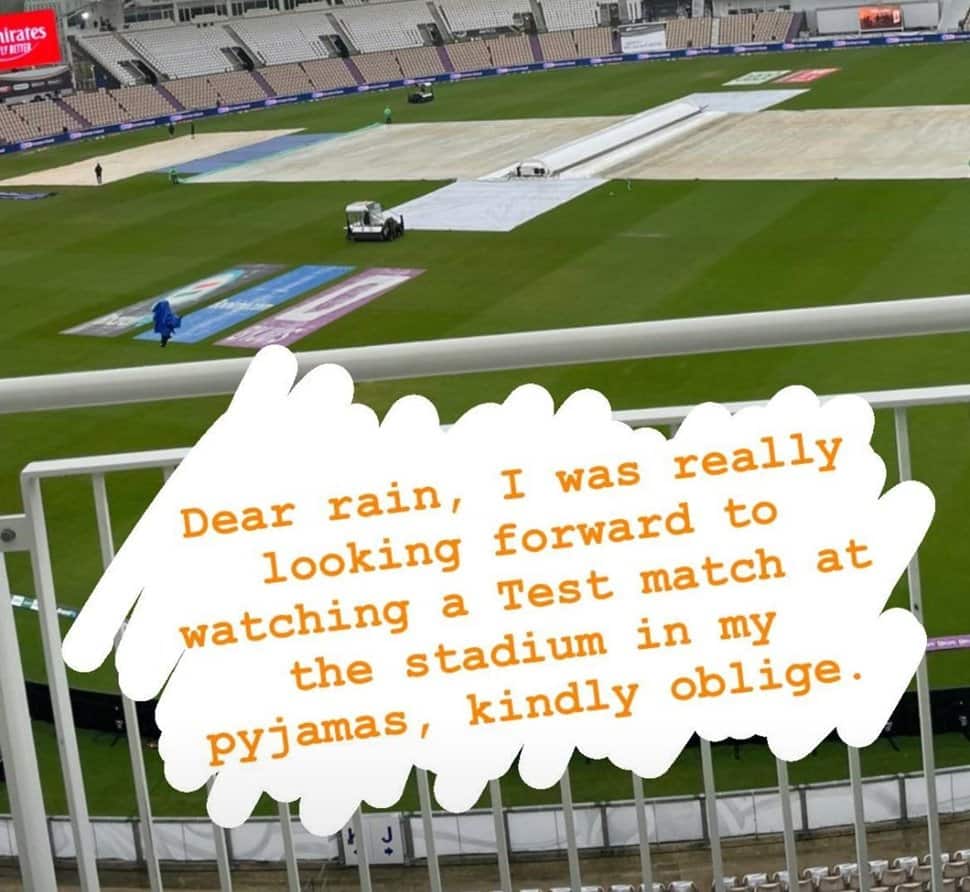 Meanwhile, R Ashwin's wife Prithi had some good news for cricket enthusiast. Sharing a video of the venue, she wrote: "Rain has stopped. Fans are happy. I can hear the dol and happy singing. And @ashwinravi99 is going to do what he needs to do - have lunch.a message for al".

Rain has stopped. Fans are happy. I can hear the dol and happy singing. And @ashwinravi99 is going to do what he needs to do - have lunch. pic.twitter.com/7Ft0YnsPXL — Wear a mask. Take your vaccine. (@prithinarayanan) June 18, 2021

While Bumrah's wife Sanjana hoped that it won't rain any further. Here is her tweet:

Rain played spoilsport even before the first delivery of the World Test Championship final between India and New Zealand in Southampton could be bowled. The day began with the opening session of Day 1 being suspended owing to incessant rain. However, BCCI in its latest tweet confirmed that the play on Day 1 has been called off due to poor weather.