The Age of Awakening

'Long after the British have departed, India remains a work in progress'

Inarguably, says the book, the development path that India adopted since Independence "has had outcomes that are not absolutely satisfactory". 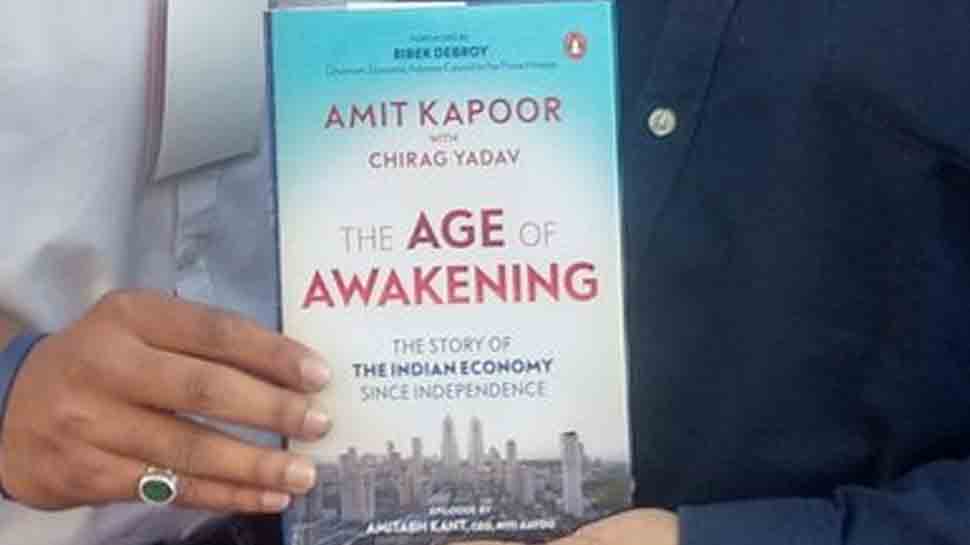 New Delhi: Seven decades ago a question was posed by B.R. Ambedkar in the closing debates of the Constituent Assembly: How long shall we continue to live a life of contradictions where, in politics, the principle of one man, one vote and one vote, one value is recognised while in our social and economic life we continue to deny the principle of one man, one value? The question is still relevant today, says a new book that traces India's economic journey since Independence.

"The principle of one man, one value is still largely elusive in the social and economic life of Indian citizens. But it is probably the equitable process to political rights itself that has compensated for it and ensured the resilience of the India experiment. Nevertheless, long after the British have departed, India remains a work in progress," writes Amit Kapoor in "The Age of Awakening" (Penguin/pp 310/Rs 599).

And why is that so?

Inarguably, says the book, the development path that India adopted since Independence "has had outcomes that are not absolutely satisfactory".

In particular, Jawaharlal Nehru's adoption of a planned economy "and the subsequent controls imposed on the economy are often blamed for the present scenario. The assertion is not completely out of place", Kapoor, who heads the Institute of Competitiveness India, maintains in the book, written with Chirag Yadav, a senior researcher at the Institute.

"The four decade long flirtation with planning did impose restrictions on the economy that were hardly conducive to growth and development," the book says, adding: "However, the mistake lay in persisting with the model even after its failures and inefficiencies became apparent."

Thus, even as the East Asian economies entered a phase of sustained high growth and China began opening up its markets under Deng Xiaoping in the latter half of the 1970s, only incremental changes were made though the 1980s, when Indira Gandhi returned for her final stint in office, with Rajiv Gandhi following along similar lines.

The "disastrous" balance of payment crisis was the last straw and pushed the Indian economy to shed the complex webs of licensing and controls that had been impeding its growth. The travails of central planning were finally put to rest, writes Kapoor, an affiliate faculty at Harvard who has been inducted into the university's Competitiveness Hall of Fame.

The delicensing of industrial activity, slashing import tariffs and opening up different parts of the economy to the private sector, "ushered in a new era of economic growth", the book says, noting that while India has managed to halve the share of population living in poverty in the two decades following reforms, but "as the country accumulates more wealth, the pattern of its distribution is raising quite a few eyebrows".

Liberalisation has also given rise to the "pernicious aspect" of crony capitalisation "where businesses have thrived due to an unhealthy nexus with the political class instead of entrepreneurship and risk", the book says, noting that in sectors like mining and real estate vast fortunes have been amassed by a select few in conjunction with the state through highly extractive mechanisms, while in sectors like aviation and telecommunications, licenses "have been handed out in an unfair manner" but the competition among firms "has ensured immense benefits to the masses".

The four-part book covers The Nehru Years, The Indira Years, The Reform Years and The New Millennium.

"With such a terrain to cover... generalisations are inevitable. No reader will agree with every statement made. But every reader will agree that it is a very good read," writes, Bibek Debroy, Chairman, Economic Advisory Council to the Prime Minister, in the Foreword.

Hug Day 2019: These unique ideas of celebration will blow your mind!