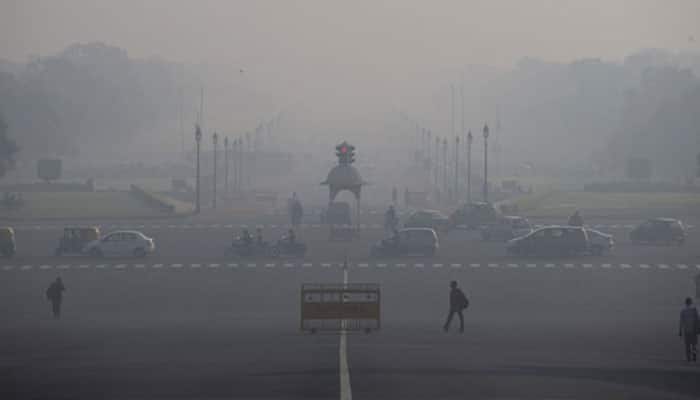 The IMA has suggested closing down of schools and urged people not to venture out.

The doctors association has also written to Delhi Chief Minister Arvind Kejriwal demanding cancellation of Airtel Delhi Half Marathon on November 19, due to 'high level of air pollution' in the national capital.

Delhi woke up to 'severe' air quality on Tuesday under a blanket of thick haze, as pollution levels breached the permissible standards by multiple times.

The rapid fall in air quality and visibility began last evening itself as moisture combined with pollutants shrouded the city in a thick cover of haze.

By 10 am today, the Central Pollution Control Board (CPCB) recorded 'severe' air quality, meaning the intensity of pollution was extreme.

The Air Quality Index (AQI) in East Delhi`s Dilshad Garden was 420, whereas it was 319 in Anand Vihar.

The pollution was recorded highest in Punjabi Bagh with AQI 999 and 852 in RK Puram.

The air quality in Dwarka and NCR also hovered between 400-420.

It's too polluted, cancel Delhi Half Marathon: Indian Medical Association writes to government