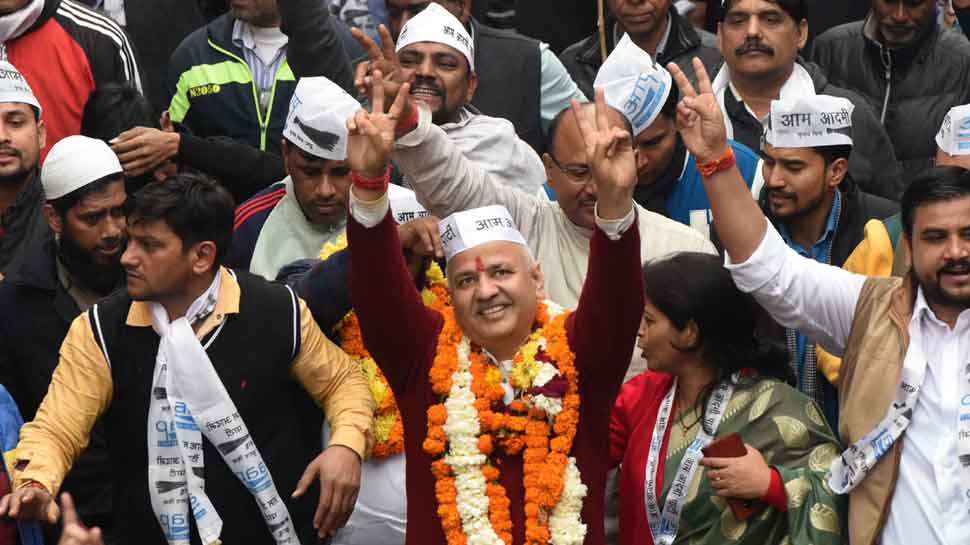 New Delhi: Senior Aam Aadmi Party leader and Deputy Chief Minister Manish Sisodia on Thursday filed his nomination papers from the Patparganj constituency for contesting the upcoming assembly election in Delhi. A foot march and a bike rally was held ahead of Sisodia's filing of nomination papers.

During the rally, AAP supporters were seen chanting "Acche Beete Paanch Saal, Lage Raho Kejriwal". Sisodia, along with his supporters, held a foot march in his constituency - Patparganj - seeking people`s blessings ahead of filing the nomination.

Sisodia, also Delhi`s Education Minister, filed his nomination papers for the February 8 assembly polls. He is contesting from the Patparganj assembly seat for the third time after winning from here in 2013 and 2015.

Accompanied by scores of party workers, Sisodia met people and sought their blessings and urged them to re-elect him. 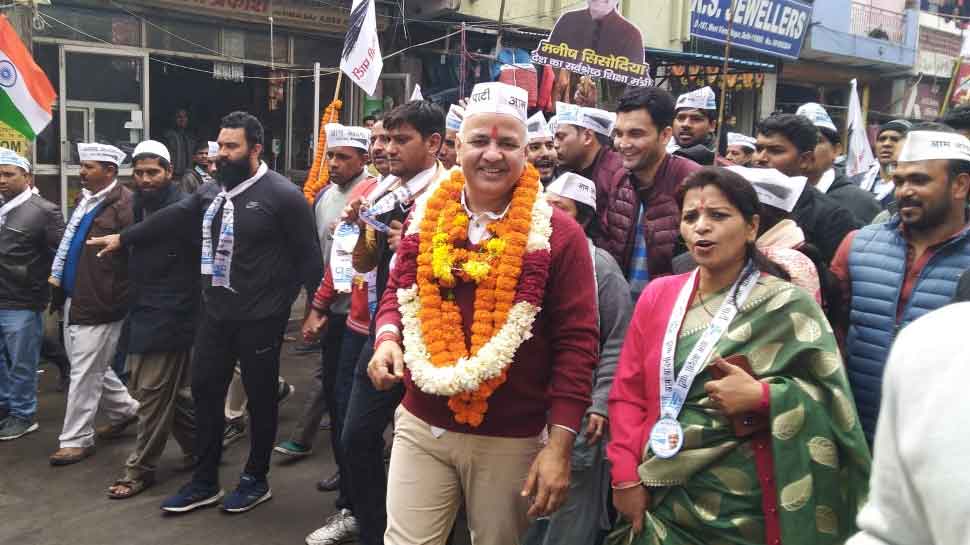 Patparganj is one of the 70 assembly seats in the national capital, going to polls on February 8. The Congress and the BJP are yet to announce their candidates from here.

Sisodia said he is confident that the party will win the elections. "We won in 2015 on the basis of our 49-day government in 2013. Now, after working for five years, we are confident that we will be re-elected. We need your support," said Sisodia.

Nominations for the Delhi elections began on Tuesday. The last date to file nomination is January 21, the scrutiny will take place on January 22 while the last date of withdrawal of candidature is January 24.