The India Meteorological Department (IMD) has predicted rainfall in Delhi-NCR till Thursday, July 18. 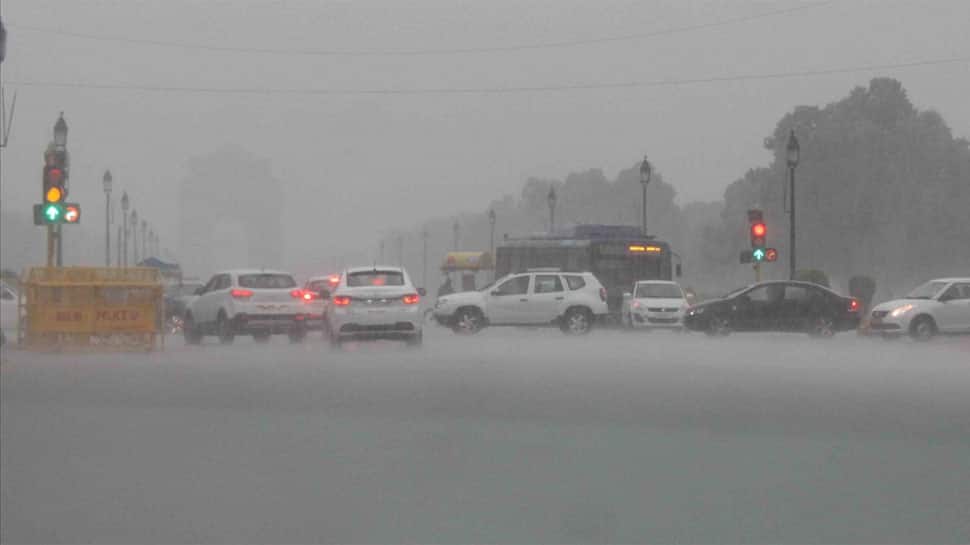 NEW DELHI: Heavy rains lashed Delhi and the National Capital Region (NCR) on Wednesday morning bringing the temperatures down a notch. Thunderstorm and strong wind gusts with speeds upto 70 km per hour were also witnessed across the region.

The long-awaited monsoons finally landed in the capital city on Monday. The India Meteorological Department (IMD) has predicted rainfall till Thursday, July 18.

According to Skymet Weather, the rains will remain sketchy and not continue throughout the day. It also added the rains occurred due to the shifting of the monsoon trough southwards, which was earlier persisting over the foothills of the Himalayas.

Several people took to social media to share video snippets and photographs of rains in the region.

Meanwhile, traffic snarls were reported from several places in the city due to waterlogging.