According to the police, the two were heavily drunk. A case has been registered against them on the complaint of the traffic police personnel. 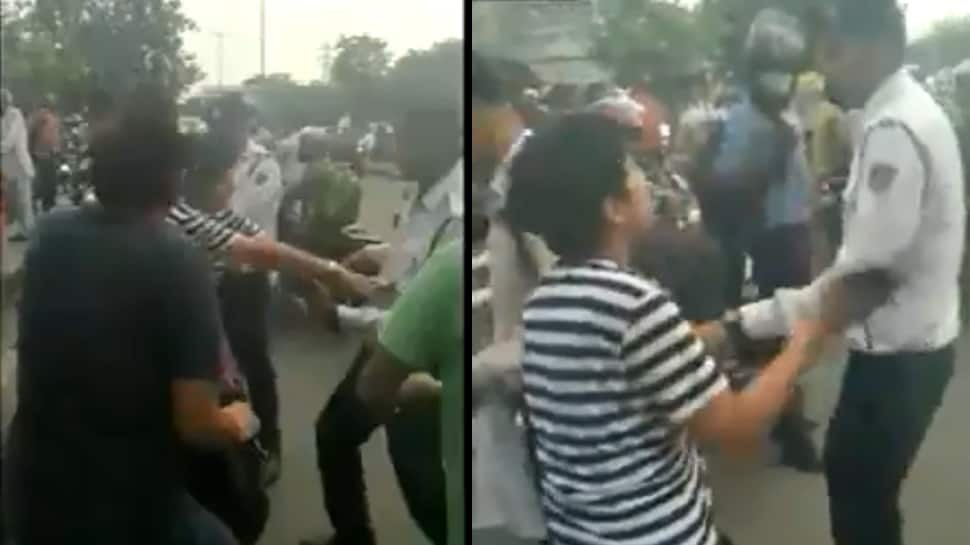 NEW DELHI: A man and a woman were on Tuesday night arrested for misbehaving and manhandling a traffic policeman after they were stopped for not wearing a helmet. The incident took place in Delhi's Mayapuri on Tuesday evening.

According to the police, the two were heavily drunk. A case has been registered against them on the complaint of the traffic police personnel.

#WATCH A woman and a man misbehaved&manhandled a traffic police cop on being stopped for not wearing helmet, in Delhi's Mayapuri, last evening.According to the police, the two were heavily drunk. Case has been registered against them on complaint of the traffic police personnel. pic.twitter.com/JSuQfFuDc4

The man driving the two-wheeler has been identified as Anil Pandey while the pillion rider has been identified as Madhuri. The two were stopped by Delhi Traffic Police Assistant sub-inspector Surinder for not wearing a helmet and standing beyond the zebra crossing on the red light. When the driver was asked to show the license, Madhuri got down from the scooty and started misbehaving with the policeman.

The Delhi Traffic Police Assistant sub-inspector lodged a complaint against the two after which they were arrested later in the night.

Police say that Anil is a former soldier.