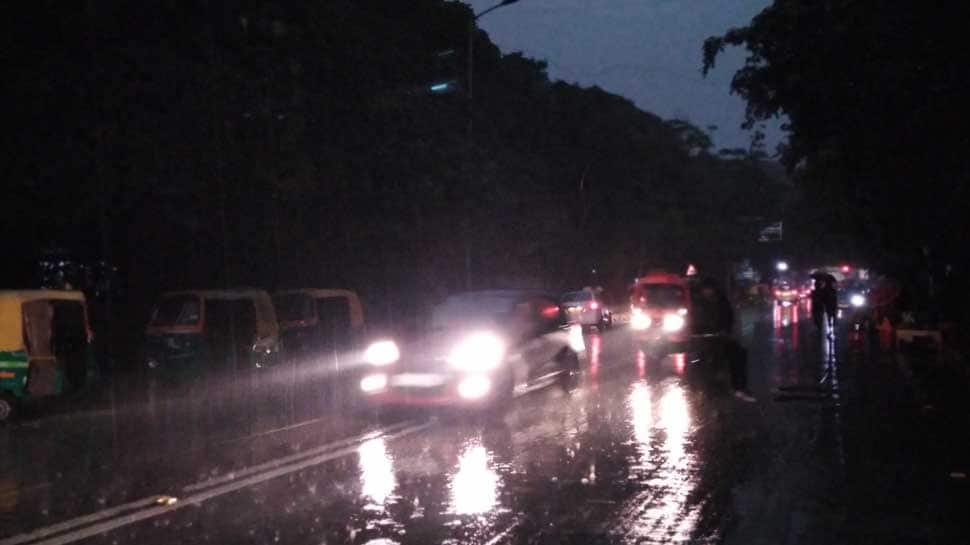 New Delhi: Delhi's air quality improved after rain lashed parts of the city Thursday evening and washed away toxic pollutants, authorities said on Friday. According to the Central Pollution Control Board data, the overall Air Quality Index (AQI) in the city was 154 which falls in the 'moderate' category.

On Tuesday, Delhi recorded its lowest pollution levels since October after a heavy downpour and strong winds. The air quality was in the 'satisfactory' category.

On Friday, 16 areas in Delhi recorded 'moderate' air quality while it was 'poor' in four areas, the CPCB said.

The overall PM 2.5 levels-- fine particulate matters in the air with a diameter of less than 2.5 micrometers-- in Delhi was 73, while the PM 10 level was 121, it said.
The pollution level is expected to oscillate between 'moderate' and 'poor' categories for the next three days, the authorities said. The Centre-run System of Air Quality and Weather Forecasting (SAFAR) said the overall air quality over delhi was moderate, purely attributed to rainfall.

However, as per the forecast; air quality is expected to deteriorate slowly due to stable weather conditions where low wind speed with cooler temperature plays a dominant role.

"The AQI is likely to deteriorate to 'poor' in the next 2 days and may cross 'very poor' by Monday due to the possibility of moderate fog," it said.