After assuming the charge, the Union Minister for Finance & Corporate Affairs was apprised of the ongoing issues and the forthcoming challenges facing the Indian economy among others. 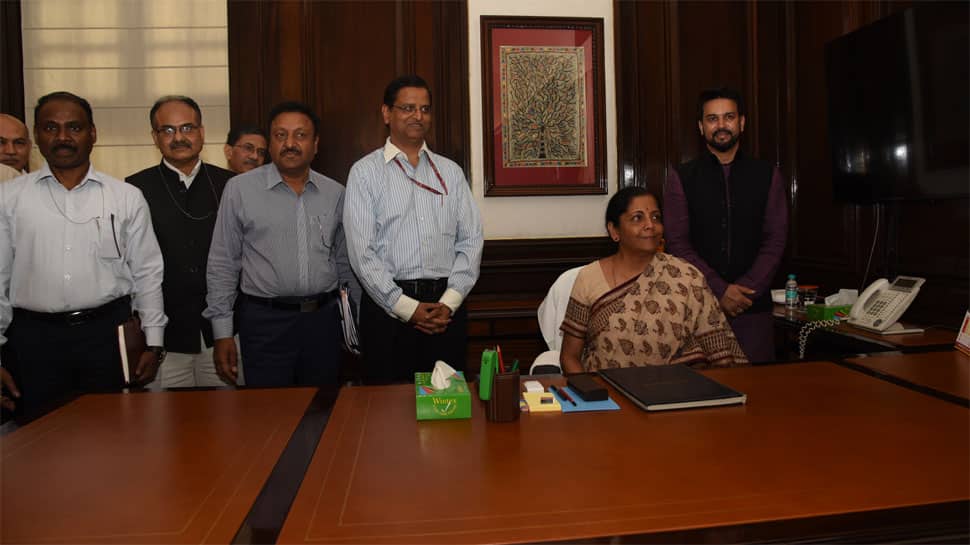 She is currently a Rajya Sabha Member of Parliament (MP) from Karnataka. In 2014, she was elected as Rajya Sabha MP from Andhra Pradesh. She has also served as the Minister of State for Finance and Corporate Affairs and later the Minister for Commerce and Industry with Independent Charge.

After a landslide victory in the 17th Lok Sabha elections, Narendra Modi on Thursday took oath as Prime Minister for the second time. Over 50 ministers were also sworn-in at a grand ceremony at the Rashtrapati Bhawan. The Union Cabinet for the 17th Lok Sabha includes 24 cabinet ministers, 9 ministers of state with independent charge and 24 Ministers of State (MoS).

In the afternoon today, Prime Minister Narendra Modi announced key cabinet portfolios naming Amit Shah as the new Home Minister, Rajnath Singh as the Home Minister, while the biggest surprise was Nirmala Sitharaman who got the  Finance portfolio replacing Arun Jaitley who was not included in the cabinet because of ill health.

Piyush Goyal retained Railways and has been given charge of Commerce and Industry which was held by Suresh Prabhu, who has been dropped.