The financial capital of India saw petrol prices at Rs 107.24 a litre. Diesel price also remained the same and sold at Rs 97.33 per litre in Mumbai. 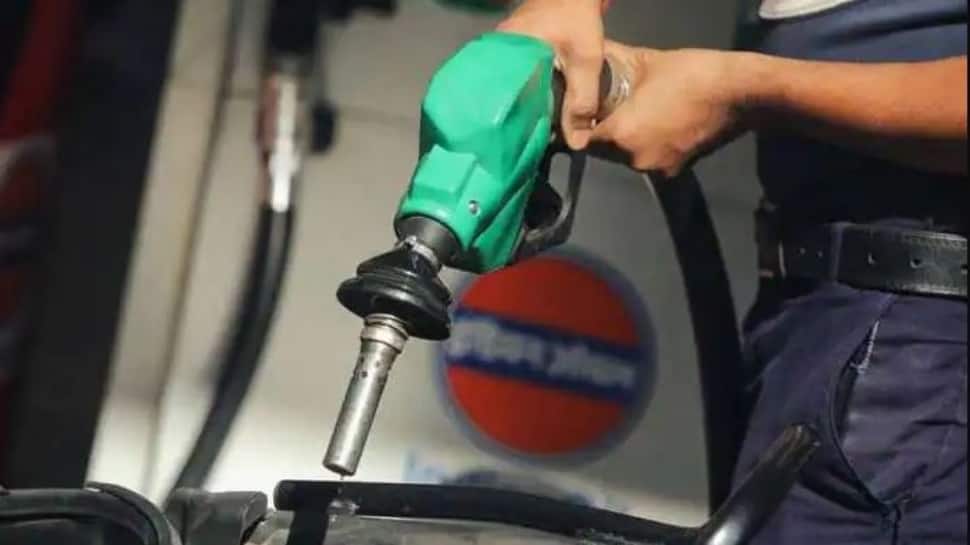 On July 13, petrol prices remained unchanged after witnessing a record high last day (July 12). There is no change in diesel prices as it fell down for the first time in the last two months.

The financial capital of India saw petrol prices at Rs 107.24 a litre. Diesel price also remained the same and sold at Rs 97.33 per litre in Mumbai.

In Kolkata, the fuel prices remained the same, which means the petrol prices were retailing at Rs 101.39 and diesel prices stood at Rs 92.86.

In Chennai, the price of petrol stood at Rs 101.96 and diesel prices remained unchanged at Rs 94.28 per litre in Tamil Nadu’s capital.

Fuel prices differ from state to state depending on the incidence of local taxes such as VAT and freight charges. And because of this, petrol retails at over Rs 100 per litre mark in seven states and union territories -- Rajasthan, Madhya Pradesh, Maharashtra, Andhra Pradesh, Telangana, Karnataka and Ladakh.

Oil companies revise rates of petrol and diesel daily based on the average price of benchmark fuel in the international market in the preceding 15 days, and foreign exchange rates.

Retail inflation marginally lowers to 6.26 per cent in June