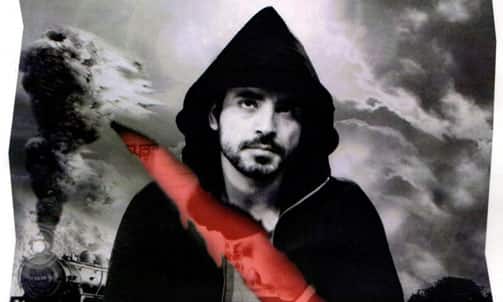 New Delhi: Rakesh Mehta, whose short movie `Darpok` is due to be screened at the Cannes International Film Festival`s short film corner, says the platform is a great beginning for the project.

"The Cannes film fest is the first festival where `Darpok` will be featured. We have pitched it to various international film festivals, and we got to know that Cannes has accepted it. It`s a promising start for us," Mehta, who has written and directed `Darpok` said.

Made in Punjabi language with subtitles in English, the 22-minute film, co-produced by Britain-based Rosemilk Ltd. and Vijay Singh Phoolka, tells the tale of a 28-year-old man, living under trauma for not being able to prevent his mother from being raped when he was a child. His helplessness continues to haunt him until he plans to avenge it.

TV actor Gautam Gulati of `Diya Aur Baati Hum` plays as the young man, from whose perspective the story has been told in the film, which was shot in a village near Attari border in Amritsar. It took Mehta five days to shoot the movie.

He hopes to create a lasting impact with it.

The plan is to try and make a feature film on the plot of "Darpok", and the feasibility will be gauged when the crew attends the Cannes film gala, to be held May 14-25 in the French Riviera. The movie is part of the fest`s Cannes Court Metrage.

The filmmaker, who has earlier directed Hindi films like `Life Ki Toh Lag Gayi` and `Khuda Kushi`, hardly sees any prospect for short films in India.

"Our cinema is completely different from the cinema overseas. We are more into commercial cinema," said Mehta, who hopes that "Darpok" gets wide visibility in national film festivals too.

Following `Darpok`, he has his eyes set on two international projects. He has hinted that "big studios" may be involved in it, however, as of now, Mehta wishes to remain tight-lipped about it.

It`s now time to move on from TV, says Gurmeet