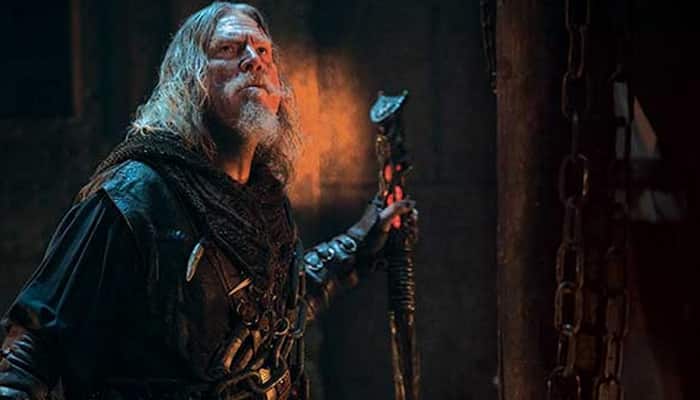 The ‘Seventh son of the seventh son’ sounds mystically powerful and alluring. But alas! This remains just a distant fantasy in Director Sergei Bodrov's ‘Seventh Son’.

With too many tropes criss-crossing, the film is a confused, convoluted and unclear tale of betrayal, revenge, training of an apprentice and star-crossed lovers. And it does not do justice to any given track. It is packed with supernatural powers displayed by shape-shifting witches, half-witches, monsters and a "spook."

The film begins with a prologue which reveals a knight imprisoning a spitefully powerful witch in the core of the earth, but she later manages to free herself.

Years later, the knight now revealed as Master Gregory (Jeff Bridges) also known as ‘Spook’- fighter of supernatural evil, is summoned to ward off the malevolence that has possessed a child. Gregory rushes to the spot along with his apprentice Billy Bradley (Kit Harrington) only to realise that the evil is none other than Mother Malkin (Julianne Moore) the witch he had once imprisoned.

During this encounter, Billy gets killed. Gregory, knowing that Malkin derives her power from the once-a-century Blood Moon, whose return is a mere week away, has to juggle against time to find and train another apprentice.

He does find his protege, Thomas Ward (Ben Barnes) in a rural farmland. He is also known as ‘Tom - the seventh son of the seventh son.’ Tom has special powers. He can look into the future. He had been prepared for his journey with Master Gregory by the visions that have been haunting him of late but nothing prepares him to face the dark forces.

So it is Gregory who gives Tom practical instructions on how to tackle ghosts, ghasts, witches, Boggarts and all manner of other things that serve ‘The Dark’.

Tom soon discovers that most of Gregory's apprentices have failed for various reasons, including being killed in the process of learning how to be a Spook. And it is during this process that he meets Alice (Alicia Vikander), a half witch and niece of Mother Malkin. She has been assigned to spy on the Spook. While romance brews between them, the onus to save the world squarely falls on Tom.

Visually the tone and texture of the frames are like medieval paintings, picture-postcard perfect. The enchanting locales, period costume and computer generated images add to the charm.

The visual and 3D effects by designer John Dykstra combined with the sound design by composer Marco Beltrami are good and effective.

On the performance front, Jeff Bridges and Julianne Moore look fatigued and jaded. The rest of the cast delivers. Kit Harrington as the first apprentice is wasted.

Ben Barnes is charming as the farmhand Tom. He is also cute and convincing in the romantic avatar. But he fails to impress as the superhero. That is perhaps owing to the fact that the director and the scriptwriters failed to invest in him.

While the director has put all his energies in creating a thematic goal with his technical and artistic approach, he has not paid attention to the lethargically crafted script delivered by screenwriters Charles Leavitt and Steven Knight. Though they have adapted the screenplay from a story by Matt Greenberg, based on the book ‘The Spook's Apprentice’ by Joseph Delaney, there are plot holes that make the narration a generic fantasy fare.