Barcelona 'has given me everything', says Lionel Messi

Lionel Messi has conceded that he is less likely to finish his career in Argentina, describing Barcelona as a city that has given him "everything". 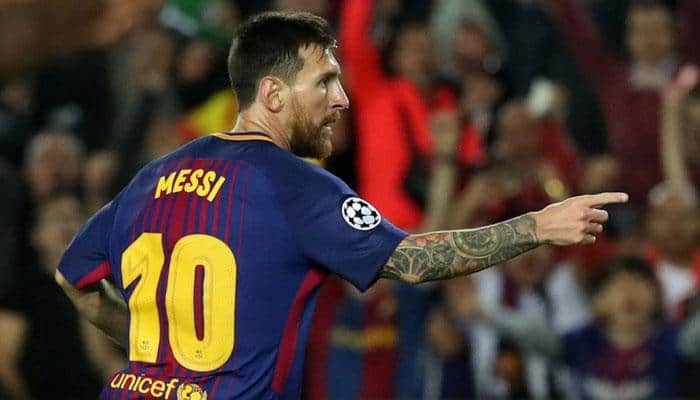 Buenos Aires: Lionel Messi has conceded that he is less likely to finish his career in Argentina, describing Barcelona as a city that has given him "everything".

Messi has long expressed a desire to play for Rosario-based Newell's Old Boys, where he played at youth level before moving to Catalonia with his family at age 13, reports Xinhua news agency.

"I always say that I don't want to leave here, I have no thoughts of moving," the 32-year-old said in an interview with Argentina's TyC Sports.

"I have the dream of being able to play for Newell's in Argentina, but I don't know if it's really going to happen because I have a family that is ahead of my desire.

"It's a dream I've had since I was little, but I have a family, I have three children, I live in a place that has given me everything and where I am calm and can give my children a spectacular future.

Messi described Argentine football fans as even more passionate than those in Spain and labelled the rivalry in derbies such as Boca Juniors-River Plate as "madness".