Beyond the hype, 'Deadline Day' no longer a bonanza for many agents

Figures released by Deloitte on Friday showed that expenditure by Premier League clubs this January was 180 million pounds, a fall of 250 million pounds from last year -- the first time spending has been down since 2012. 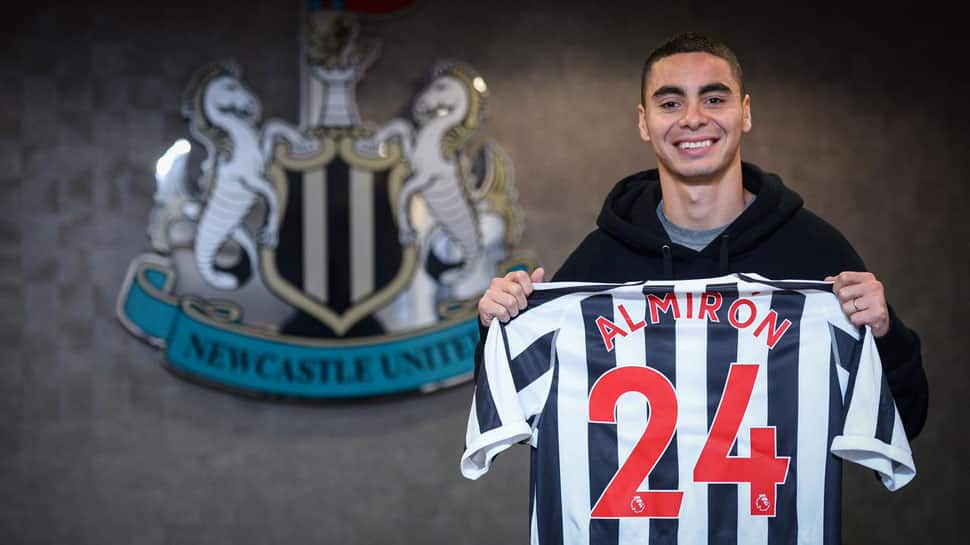 It is mid-morning on transfer deadline day and goalkeeper Matty Urwin is in his agent`s office finishing off the paperwork to complete his move to a new club.

On a television in the background Sky Sports News is in full-flow, with details of Premier League deals flashing across the screen and reporters outside grounds across Britain breathlessly discussing the latest speculation.

Yet for every deal like Paraguay international Miguel Almiron`s move to Newcastle United from Atlanta United for a club-record 20 million pounds ($26.13 million), there are scores of transfers like Urwin`s that do not make the headlines and do not see huge sums changing hands.

Urwin is a 25-year-old goalkeeper, who was struggling to get playing time with League One (third tier) Fleetwood Town and moved to Chorley in the National League North, the sixth tier of English football.

While his eyes frequently turn to Sky`s coverage, his business is focused on players like Urwin, who are simply looking for playing time.

Much of Deadline Day is "show business" says Rodriguez, who adds that most of the deals that are seemingly pushed through on the final day before the transfer window closes, have already been set up well in advance.

"It gets fans excited, I think it is a bit of a show," he says from his rented office space at Premier League Burnley`s Turf Moor stadium.

"There might be the final points, wages, relocation deals and medical checks to sort.

“Yes, they might get a call at 10 o’clock at night about a left back but they have probably already talked before about the player. That phone call will be to finalise the deal."

Certainly the appetite for big deals in the January window has dissipated.

Figures released by Deloitte on Friday showed that expenditure by Premier League clubs this January was 180 million pounds, a fall of 250 million pounds from last year -- the first time spending has been down since 2012.

Rodriguez and his business partner, lawyer Nick Cassidy, complete two more deals before the close of the market.

Both have been worked on for weeks in advance and there is no sense of a panic in their office.

The idea of the hectic final day of the market, a bonanza for agents with their commissions, is not the only myth surrounding the business, says Rodriguez.

Big name international agents like Mino Raiola and Jorge Mendes may make millions from deals, but DRN is one of several agencies that work primarily with young players, across the divisions.

When most of your clients are earning just a fraction of the top Premier League players, the business model is inevitably focused on the longer term.

"In the short term when they are younger, there is no financial reward for us," says Cassidy.

"But if we do a good job then and he is a professional footballer for 15 years... later on down the line they will get the financial rewards and we will get paid for doing a good job hopefully," he says.

Cassidy says clubs and players plan ahead much more than would be imagined.

"We have been talking to clubs about the summer market rather than January. We have been quite pro-active with some of the deals we have done but Kiko is talking to recruitment teams about summer and players who are out of contract," he said.

"We talked about January in the summer. It is around two-thirds dealing with the next transfer window rather than everything focused on now."

Late in the evening a loan deal for one of DRN`s Premier League players finally goes through -- another transfer which has been planned well in advance -- as young Bournemouth defender Shaun Hobson goes on loan to fifth tier National League club Eastleigh.

Not only is Deadline Day something of an illusion, Cassidy says it creates a misleading impression of the agent`s role.

"On transfer deadline day, obviously what is publicised are the big multi-million pound transfers, what isn’t publicised is when an intermediary finds out that an 18-year-old is going to be released from a club and tries to get trials or get the player into non-league.

"That might take hours of his time but that is never in the press. The financial advice, the tasks that we spend the most time doing and don’t get paid for, don’t get talked about," he adds.

Not that he is expecting much sympathy from fans.

"With the big money deals that are out there where the rewards are high, no-one is going to feel sorry for you," he says.