Manchester City will lock horns with Wolves, while leaders Liverpool will take on Brighton in their respective next Premier League clashes. 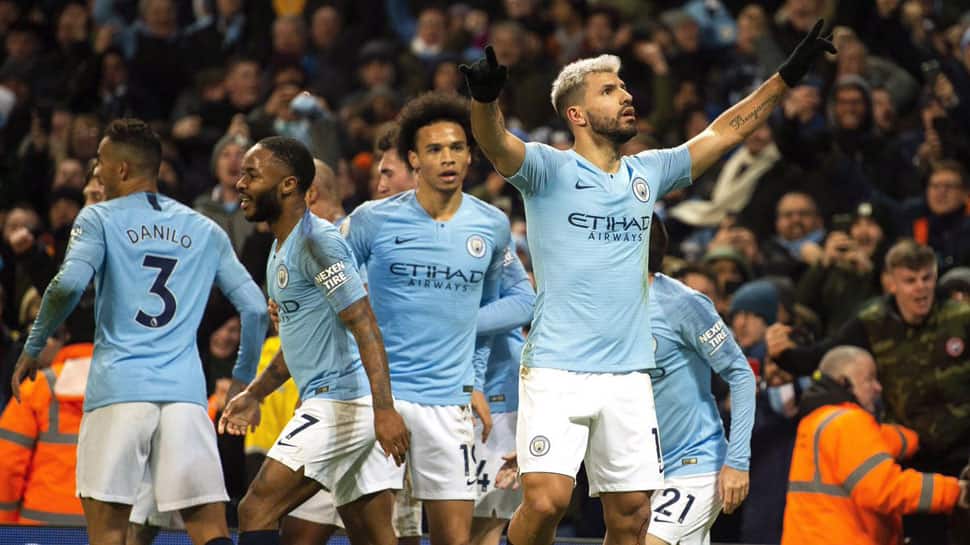 Forward Leroy Sane struck the winner as Manchester City beat Liverpool 2-1 in a gripping Premier League clash on Friday, inflicting the first loss of the season on Jurgen Klopp`s side and cutting their lead at the top to four points.

The game at the Etihad Stadium lived up to its billing with both sides showing that for all their trademark attractive football, they can go hard in a physical battle when so much is on the line.

City`s recent run of three defeats in five games had raised questions over whether the champions had the durability to sustain a title challenge with a Liverpool side who have had an air of invincibility about them.

But with key midfielders Fernandinho and David Silva back in the side and veteran skipper Vincent Kompany recalled at centre back, Pep Guardiola`s side showed they had steel to match their undoubted technique and remain very much in contention for a successful defence of their crown.

Liverpool were unable to get their front three operating at their best, but could easily have taken a point at the end with City keeper Ederson making a fine save to keep out Mohamed Salah`s effort and the Merseysiders piling on pressure in stoppage-time.

There was a rarely a dull moment after Sadio Mane hit the post for Liverpool in the 18th minute.

From the resulting scramble, John Stones`s attempted clearance bounced off his keeper Ederson and the City defender did superbly to clear off the line with the ball millimetres from going in.

It was City who broke through five minutes before the break when Bernardo Silva found Sergio Aguero inside the box and the Argentine unleashed a fierce drive, from the tightest of angles, to fire past Alisson and make it 1-0.

Liverpool responded strongly after the break, though, and drew level when Andrew Robertson met a deep Trent Alexander-Arnold cross with a cushioned volley for Roberto Firmino to head in from close range.

City were not finished, however, and restored their lead in the 72nd minute when Raheem Sterling broke from midfield and fed Sane on the left, the German winger driving home off the inside of the far post.

Aguero went close to a third after Sterling led a swift counter-attack but Alisson was up to the task while at the other end Ederson produced a fine save to keep out Salah`s angled effort.

Alisson did well again to stop a close-range blast from Bernardo Silva in the final minute of normal time before Liverpool laid siege to City`s goal and Stones again had to clear off the line.

The tension got to both managers with Klopp appearing to gesticulate at City supporters while Guardiola lost his cool in a rage with the fourth official.
Kompany was still full of adrenaline as he looked back on an epic night at the Etihad.

"I’m absolutely buzzing with a tremendous performance we went toe to toe with a very physical very aggressive team and we matched them if not more," he said.

“The result is the result, it’s still in Liverpool’s hands but the performance was beyond anything I’ve ever witnessed."

Manchester City will lock horns with Wolves, while leaders Liverpool will take on Brighton in their respective next Premier League clashes.