The draw lifted Newcastle into 16th place on 25 points, ahead of Cardiff City on goal difference and one point above the drop zone. 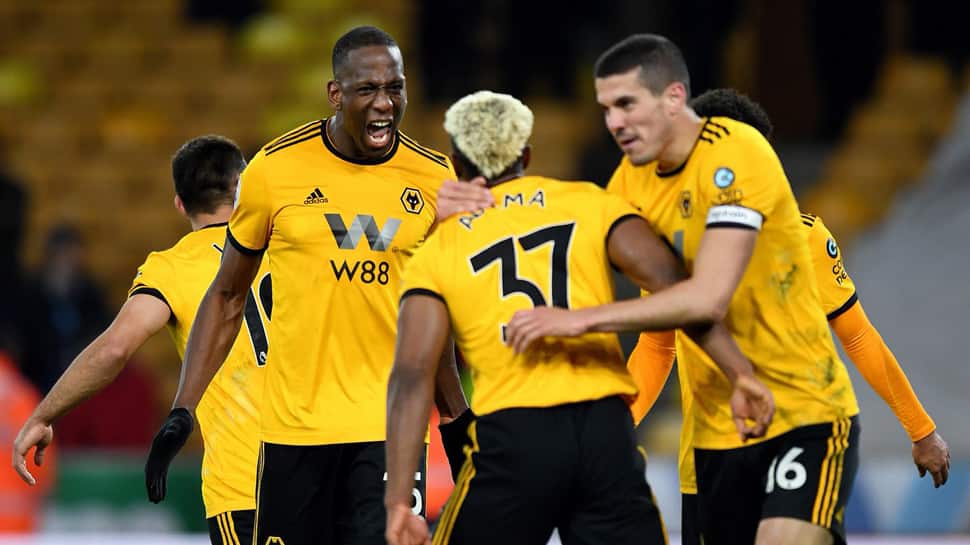 Defender Willy Boly headed in an equaliser in the dying seconds as Wolverhampton Wanderers snatched a dramatic 1-1 draw with Newcastle United in the Premier League on Tuesday.

After a run of three successive wins, Wolves looked like they were about to come unstuck as Isaac Hayden gave the visitors the lead 11 minutes into the second half while the home side`s attack failed to catch fire.

Striker Raul Jimenez had a night to forget, blazing over the bar in the first half and heading the ball wide with the goal at his mercy late in the second.

Newcastle`s record signing Miguel Almiron, the Paraguayan striker who joined from Major League Soccer side Atlanta United, gave the visiting fans plenty to cheer about as he made his debut.

Those cheers turned to howls of rage in stoppage time as Boly headed in the equaliser after beating Newcastle keeper Martin Dubravka to the ball.

"Everybody knew that we had the three points, and it was really disappointing to concede the way that we conceded," Newcastle manager Rafael Benitez said, adding that his team should have dealt with the late high ball that led to the goal.

"It`s something we have to defend better, the cross. We know that it`s England and that people will come against the keeper, and he has to be strong enough," he added.

The draw lifted Newcastle into 16th place on 25 points, ahead of Cardiff City on goal difference and one point above the drop zone. Wolves remained in seventh place on 39 points, 11 behind sixth-placed Chelsea.