Playing against Qatar will not be easy: Indian football coach Igor Stimac

Ahead of the match against Qatar, which is ranked at the 62nd position of the FIFA rankings, Igor believes that four-five players need to be replaced. 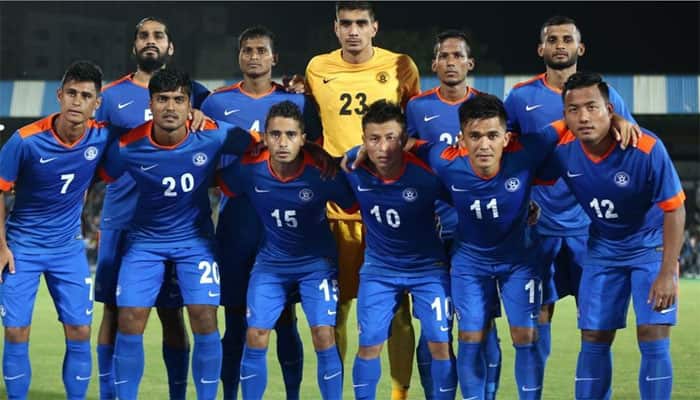 After losing to Oman 2-1 in their first match of the FIFA World Cup Qualifiers 2022, Indian coach Igor Stimac on Saturday said playing against Qatar would not be easy as they are the strongest team in the Group E.

"As soon as the Oman match ended, we shifted our focus immediately to the next match. Qatar is the strongest team in the group and playing them will not be easy. However, it`s a great opportunity to learn from," said Stimac.

Ahead of the match against Qatar, which is ranked at the 62nd position of the FIFA rankings, Igor believes that four-five players need to be replaced.

"Obviously, we have to change 4-5 players. We`ll see how everyone is feeling. There is no reason to fear and we shall look to score goals and play good football," Igor said.

"The previous match is now history. Everyone is now focusing on the match against Qatar. We have to keep our chins up. We started our preparations the very next day and are now looking forward to starting training here," he added.

India is currently ranked at the 103rd spot of the FIFA rankings and will play against the higher-ranked opponent. The Indian coach is expecting a tough game and wants India to stick to its plans and play as a unit.

"We are expecting a tough encounter as Qatar are the Asian champions, but we have to stick to our plans, stay compact and play as a team. If we can do that, we can certainly pull off a favourable result," Igor said.

Despite having a 1-0 lead in the first half, the Indian team faced defeat at the hands of Qatar as the final scoreline read 2-1. The Indian team conceded two goals in the final ten minutes of the game.

India will play against Qatar at Jassim Bin Hamad Stadium on September 10.

Harry Kane one of the best finishers I have played with: Marcus Rashford