Toni Lato and Dani Parejo scored the goals to secure the victory for Valencia and set up a meeting with Arsenal in the last-four. 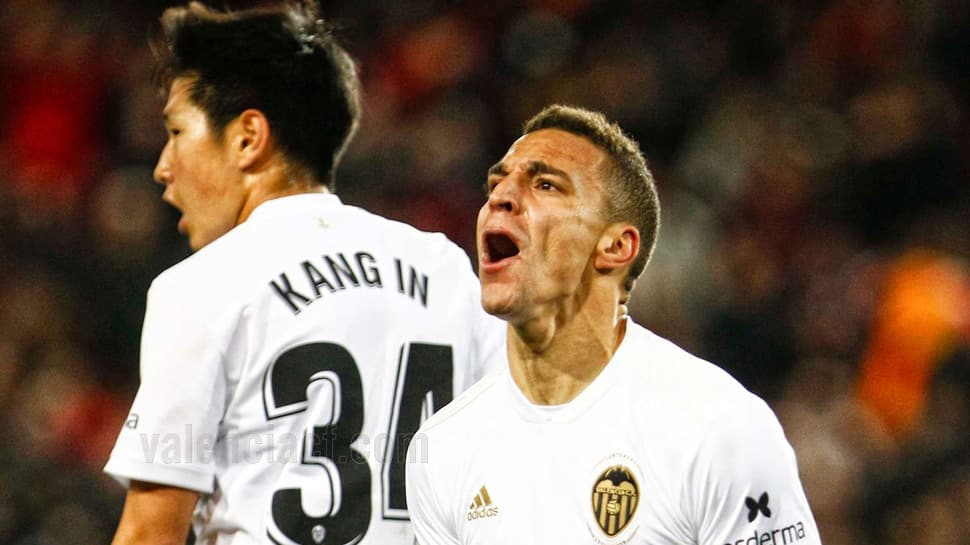 Valencia eased into the Europa League semi-finals for the first time in five years with a comfortable 2-0 win at home to fellow Spaniards Villarreal in heavy rain on Thursday for a resounding 5-1 aggregate scoreline.

Toni Lato and Dani Parejo scored the goals that secured the victory and set up a meeting with Arsenal and Valencia`s former coach Unai Emery in the last four after the London side won 1-0 at Napoli to wrap up a 3-0 aggregate victory.

Full back Lato strolled into a gaping hole in the visiting defence to volley Valencia in front in the 13th minute at a rain-swept Mestalla to further settle the home side, who enjoyed a 3-1 win at Villarreal in the first leg.

Valencia doubled their lead early in the second half with a free kick by captain Parejo which took a deflection off defender Ramiro Funes Mori, and many fans took the goal as their cue to leave the roofless stadium in search of some shelter.

The only disappointment for Marcelino`s side is that their former Arsenal midfielder Francis Coquelin is suspended from the semi-final first leg after a late booking for handball.

"We are in the semi-finals of the Europa League and are very excited about the prospect of reaching another final in our centenary year," Marcelino, whose side will play Barcelona in Spain`s Copa del Rey final in May, told reporters.

"Arsenal are fighting to qualify for the Champions League in an intense battle with various teams, they have great players and a coach who knows us perfectly well.

"But in a semi-final anything can happen. Perhaps they will be under a bigger obligation to win than us, but we have the same excitement."

Valencia and Arsenal are both battling to finish in the top four in their domestic leagues to secure Champions League football for next season but winning the Europa League offers another way into the continent`s elite club competition.

He later dealt Valencia an agonising elimination in the 2014 Europa League semi-finals when in charge of Sevilla, who edged into the final on away goals after snatching a 3-3 aggregate draw with a stoppage-time goal.

Striker Santi Mina added, "Arsenal are a very difficult side but we are Valencia and we can compete with anybody.

"We`ve already reached the Copa del Rey final, now we have a European semi-final and we want to give the fans something more to shout about."