PM Modi, who is on a two-day visit to his home state Gujarat, also met his mother Hiraba in Raisan village on Monday. 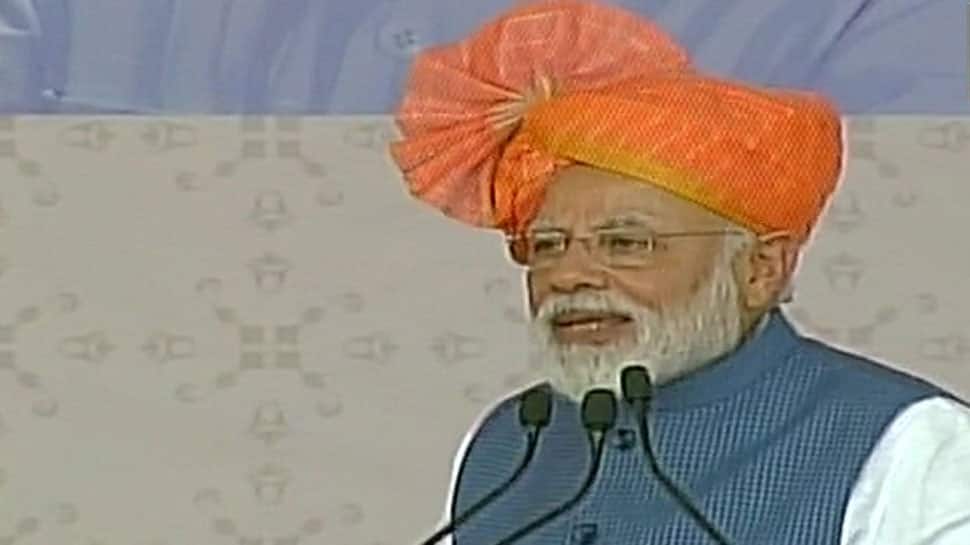 Ahmedabad: Prime Minister Narendra Modi on Tuesday targeted Congress president Rahul Gandhi and said that poverty is a state of mind for those oblivious to sleeping hungry at night. He added that for some people poverty is just an opportunity for clicking photographs.

Addressing at an event in Gujarat's Vastral, the Prime Minister said, "Poverty state of mind for those oblivious to sleeping hungry. For some, poverty just an opportunity for clicking photos."

"This scheme is aimed at uplift of the section of society which has been ignored and left at the mercy of God. They (Congress) gave slogans of garibi hatao (end poverty). Some projected themselves as messiah of workers. But during their tenure they did not launch such a scheme," he said.

"They ruled the country for 55 years and collected votes in the name of poor," he said.

"They thought that poverty is a mental state. See how is this neta who says that there is nothing like poverty but a mental state," PM Modi said, targeting the Congress president.

"What they could not do in 55 years, this 'chaiwala' did in 55 months by bringing such a scheme," PM Modi said.

Earlier in the day, he offered prayers at Shree Annapurna Dham in Adalaj in Gandhinagar and met former chief minister of Gujarat Keshubhai Patel.

PM Modi meets his mother during his 2-day Gujarat visit