Exposure to tobacco smoke is toxic to the developing brain at a time when it is most vulnerable to environment input, the researchers said. 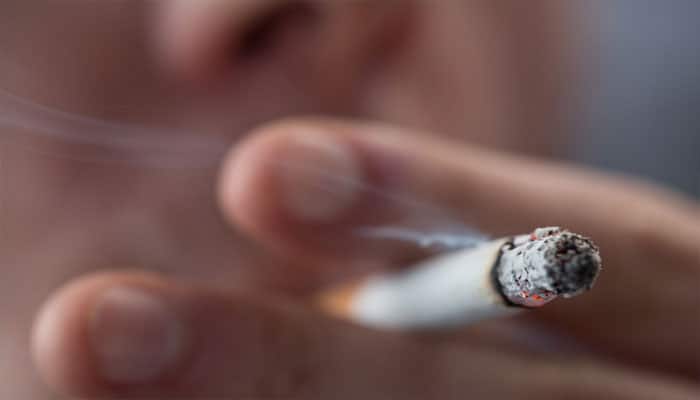 New Delhi: A new research has suggested that if a child is exposed to tobacco smoke early in life, he/she could face problems at school and also encounter some behavioral changes.

Exposure to tobacco smoke is toxic to the developing brain at a time when it is most vulnerable to environment input, the researchers said.

"Young children have little control over their exposure to household tobacco smoke, which is considered toxic to the brain at a time when its development is exponential," said lead author and Professor Linda Pagani from the University of Montreal in Quebec, Canada.

Parents who smoke near their children often inadvertently expose them to second- and third-hand smoke.

In the study, the researchers found compelling evidence that suggests other dangers to developing brain systems that govern behavioural decisions, social and emotional life as well as cognitive functioning.

Such behaviours include aggression, criminal offences, theft, refusal to comply with authority, destruction of property and is also associated with academic problems in later childhood.

"These long-term associations should encourage policy-makers and public health professionals to raise awareness among parents about the developmental risks of second-hand smoke exposure," Pagani said.

Their parents reported whether anyone smoked at home when their children were aged 1.5 to 7.5 years. At age 12, their children self-reported their anti-social behaviour and academic characteristics.