One clear finding of happiness studies is that people who are more socially connected tend to be happier. 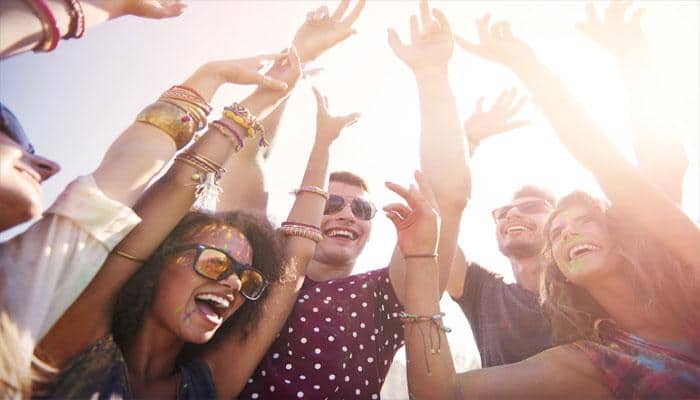 Washington: People are happier in areas where the government spends more on public goods, such as libraries, parks, natural resources and police protection, a US study has found. According to researchers from Baylor University in the US, public goods spending makes communities more livable.

"Public goods are things you can't exclude people from using -- and one person using them doesn't stop another from doing so," said Patrick Flavin, an associate professor at Baylor. "They're typically not profitable to produce in the private market, so if the government doesn't provide them, they will either be under-provided or not at all," Flavin said. "If roads are completed and kept up, so that people aren't stuck in traffic, they have more time to do things they enjoy doing. Large parks are social spaces -- and one clear finding of happiness studies is that people who are more socially connected tend to be happier," he said.

Another benefit of spending money on public goods is that such amenities generally boost home values -- and "while higher property taxes generally accompany higher home values, it seems that the good outweighs the unfortunate part about having to pay higher taxes," Flavin said. In the study, published in the journal Social Science Research, Flavin analysed data on respondents' self-reported levels of happiness for 1976-2006.

He also analysed detailed government spending data for states from the US Census Bureau for 1976-2006. Revenues to fund state public goods are raised from a combination of state taxes and transfers from the federal government to states, averaging 22.5 per cent of total state revenues for that 30-year period. "We can look at the city where people live, their neighbourhoods, and see how public goods spending predicts happiness after taking other important factors, such as marital status, health, education and income, into account," Flavin said.

He also found that public goods spending has broad benefits across income, education, gender and race/ethnicity lines. "Compared to a lot of the other government spending, public goods tend to be less controversial between liberals and conservatives, Democrats and Republicans, compared to poverty assistance or unemployment benefits, where there is definite disagreement between political parties," Flavin said.

"I think there is less political conflict over public goods spending simply because if they government doesn't provide them, they won't be provided at all," he said. Flavin cautioned that there is not necessarily a cause-and-effect relationship between public goods and happiness.

Meditate and exercise to avoid flu this winter