N95 masks may be most effective at stopping COVID-19 spread, say researchers

The researchers noted that airborne transmission by respiratory aerosol droplets produced during coughing and sneezing is the dominant mode of spreading for infectious diseases such as COVID-19. 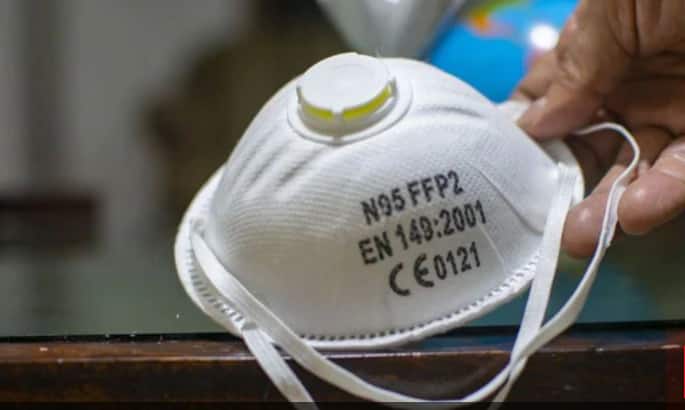 New Delhi: N95 masks may be the most effective at reducing the spread of the novel coronavirus, according to a study by researchers, including those from the Indian Space Research Organisation (ISRO), which suggests that any mask is better than no mask at preventing COVID-19.

The researchers noted that airborne transmission by respiratory aerosol droplets produced during coughing and sneezing is the dominant mode of spreading for infectious diseases such as COVID-19.

The study published in the journal Physics of Fluids, found N95 masks to be the most effective at reducing the horizontal spread of a cough. The N95 masks reduced a cough's initial velocity by up to a factor of 10, and limit its spread to between 0.1 and 0.25 meters, the researchers said.

An uncovered cough, in contrast, can travel up to three meters, but even a simple disposable mask can bring this all the way down to 0.5 meters, they said. "If a person can reduce the extent of how much they contaminate the environment by mitigating the spread, it's a far better situation for other healthy individuals who may enter places that have such contaminated areas," Simha said.

Rao and Simha noted that density and temperature are intricately related, and coughs tend to be warmer than their surrounding area.

They utilised a technique called schlieren imaging, which visualises changes in density, to capture pictures of voluntary coughs from five test subjects.

By tracking the motion of a cough over successive images, the team estimated velocity and spread of the expelled droplets.
N95 masks have the best effectiveness and completely contain the horizontal spread to between 0.1 and 0.25 metres, researchers said.

A disposable surgical mask greatly reduces this distance to between 0.5 and 1.5 metres, they said. "Even if a mask does not filter out all the particles, if we can prevent clouds of such particles from traveling very far, it's better than not doing anything," said Simha.

"In situations where sophisticated masks are not available, any mask is better than no mask at all for the general public in slowing the spread of infection," said Simha.

The researchers also contradict the generally accepted notion that using an elbow to cover up a cough is a good alternative. They found that unless covered by a sleeve, a bare arm cannot form the proper seal against the nose necessary to obstruct airflow.

The researchers added that a cough is able to leak through any openings and propagate in many directions. Simha and Rao hope their findings will put to rest the argument that regular cloth masks are ineffective, but they emphasise that masks must continue to be used in conjunction with social distancing.

"Adequate distancing is something that must not be ignored since masks are not foolproof," Simha added.

Cambridge University kicks off vaccine trials to fight all coronaviruses