Using too much phones may up neck and upper back pain

Kids should sped less time on their cell phones as a new study has found that the prolonged use of smartphones increases the risk of neck, disk hernias and alignment problems. 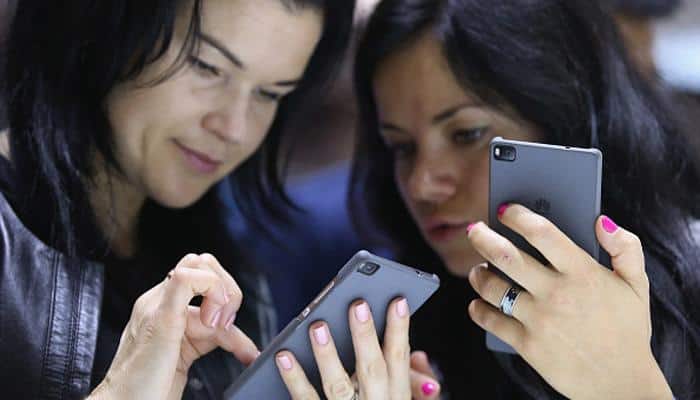 London: Kids should sped less time on their cell phones as a new study has found that the prolonged use of smartphones increases the risk of neck, disk hernias and alignment problems.

Researchers said, some patients, particularly youngsters who should not yet have back and neck issues, are reporting disk hernias and alignment problems.

The findings, indicated that in a neutral position looking forward, the head weighs about 4.5 to 5.4 Kg and at a 15-degree flex, it feels like 12 kgs.

The stress on the spine increases by degree, and at 60 degrees, it is 27 kgs.

The study co-author Dr. Todd Lanman, a spinal neurosurgeon at Cedars-Sinai Medical Center in Los Angeles said, "In an X-ray, the neck typically curves backward and what we`re seeing is that the curve is being reversed as people look down at their phones for hours each day.`

Lanman and co-author Dr. Jason Cuellar, an orthopedic spine surgeon at Cedars-Sinai, write that people often look down when using their smartphones, particularly when texting as compared to browsing online or watching videos.

The impact on the spine increases at higher flexed postures, they added, reports Mail online.

The researchers suggested simple lifestyle changes to relieve the stress from the `text neck` posture. They recommend holding cell phones in front of the face, or near eye level, while texting.

They also suggest using two hands and two thumbs to create a more symmetrical and comfortable position for the spine.

Beyond smartphone use, the spinal surgeons recommend that people who work at computers or on tablets use an elevated monitor stand so it sits at a natural horizontal eye level.

The findings was published in The Spine Journal.

Want to speed up your metabolism? Start drinking Gin!