The building is located on Kumarhatti-Nahan in Solan, around 45 km from capital Shimla. 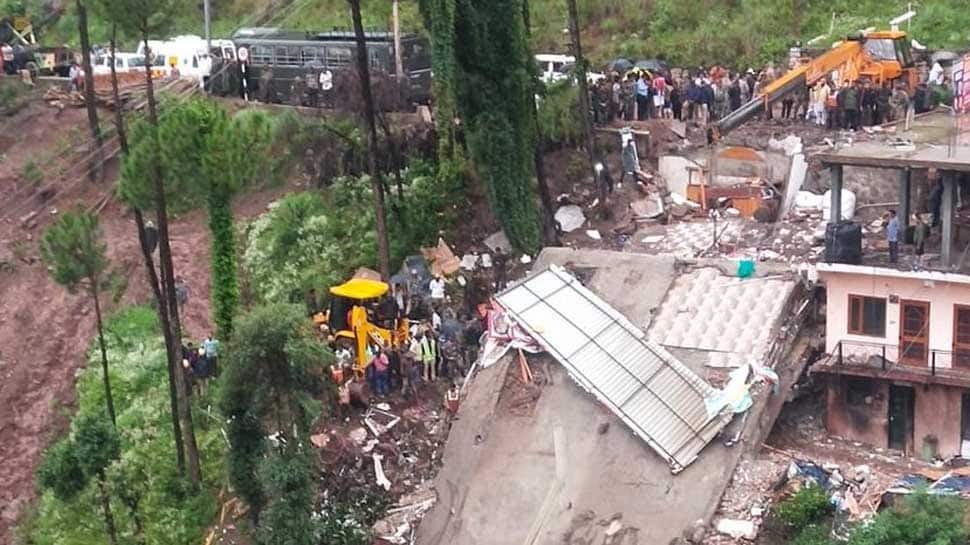 SHIMLA: At least two people died and several others, including some soldiers and their family members, are believed to be trapped under the debris of a multi-storey building which collapsed in Himachal Pradesh's Solan on Sunday.

The tragic incident took place around 4 PM. The building, which reportedly collapsed due to heavy rainfall, is located on Kumarhatti-Nahan highway in Solan, around 45 km from state capital Shimla.

News agency ANI reported that two bodies have been recovered from the site.

As many as 18 people have been rescued from the debris of the building so far.

District authorities are carrying out the rescue operation with the help of National Disaster Response Force (NDRF) and the Army personnel at the moment.

Those injured in the incident have been rushed to a nearby hospital.

The Army said that a total of 30 personnel and some other people were there in the restaurant when the incident took place. As many as 18 people have been rescued so far. All are stable except one, who is a little serious and has been hospitalised, it added.

The Army and the state administration is making all efforts to evacuate the remaining.

The building, which housed a 'dhaba' (restaurant), collapsed because of heavy rain in the area, said reports.

Some army personnel and their family members were on their way to Uttarakhand and had stopped at the restaurant for lunch.