Women on wheels: Female cops to now patrol the streets in Hyderabad

Twenty teams of women constables will be patrolling on two-wheelers in 17 sub-division in Hyderabad. 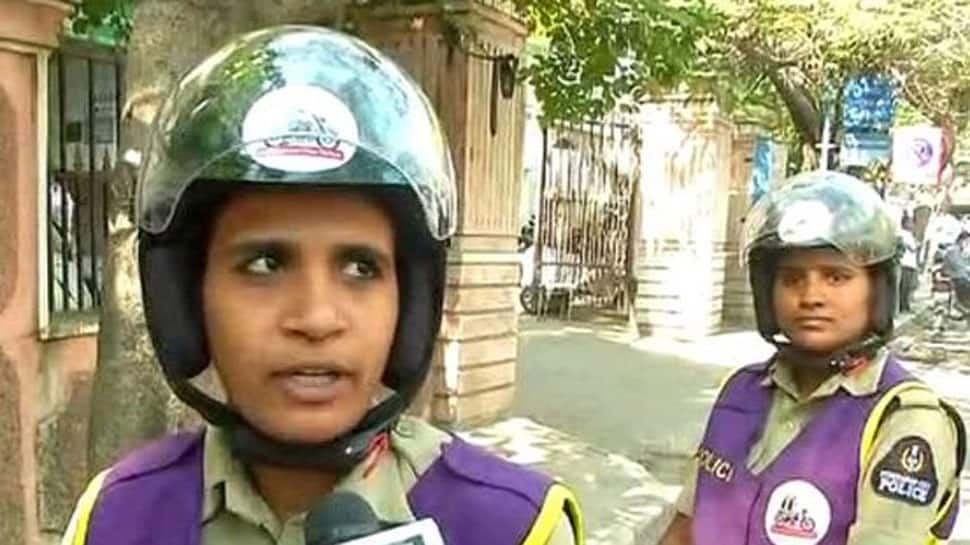 Hyderabad: In a unique initiative "Women on Wheels" by the Hyderabad Police, female police officers will now be patrolling the streets to prevent crime against women.

Elaborating about the newly launched initiative of city police, Hyderabad Additional Commissioner (Crime and SIT) Shika Goel told ANI, "The main purpose of launching `Women on Wheels` was to empower women including our women constables.

"As the number of women constables is increasing in the police force, it is very essential to mainstream them so that they can perform all the duties like male constables. The women who are now joining forces are very capable and confident of doing all the duties. They have also started realising that they are not less than male cops and capable of performing every task."

Twenty teams of women constables will be patrolling on two-wheelers in 17 sub-division in Hyderabad. On daily basis, the women officers will be attending 100 calls, complaints and prevent crime and build community relationships. For this, women constables have been provided with two-month training in driving skills, unarmed combat and technological initiatives, the Additional Commissioner added.

Expressing happiness over the initiative, police constable Bushra told ANI, "Normally, male cops do patrolling and it is for the first time that female officers will be on patrolling duty. This is something, which makes us extremely happy with a feeling that we are not less than men."