Here are the major government functions, launch of schemes planned by the centre and state governments to celebrate the 150th anniversary of Mahatama Gandhi on Wednesday. 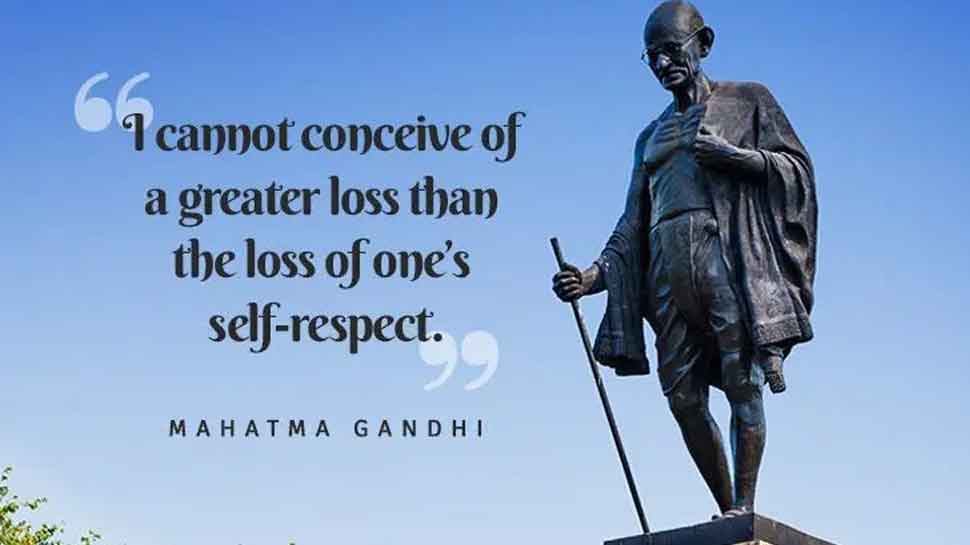 NEW DELHI: The nation is commemorating the 150th birth anniversary of Mahatma Gandhi on Wednesday during which several programmes will be held throughout the country to pay tribute to the Father of the Nation. Prime Minister Narendra Modi-led NDA government at the Centre and several state governments will also lunch various schemes to commemorate the occasion.

PM Narendra Modi, who earlier paid tributes to Mahatma Gandhi at the Rajghat, will visit the Sabarmati Ashram in Ahmedabad and later declare the country open defecation-free.

Several events have been organised in the city and in other parts of Gujarat on Wednesday as part of the sesquicentennial year of Gandhi's birth anniversary.

The government is also expected to announce a ban on single-use plastic to pave the way for the country to become free of it by 2022.

PM Modi will arrive at the Ahmedabad airport around 6 pm and will be greeted by BJP workers at a function organised there by the party's city unit. He will then visit the Sabarmati Ashram to pay tributes to the Father of the Nation.

From there, he will go to the Sabarmati riverfront where he will declare the country open defecation-free (ODF) in the presence of over 20,000 village heads.

PM Modi will also attend the state-level Navratri festival organised at the city's GMDC ground. He will spend some time at the Garba ground before leaving for Delhi.

People visiting Gujarat to attend the October 2 function at Sabarmati riverfront will be taken to different places associated with Mahatma Gandhi, like the memorial at Dandi, which is associated with the historic salt march led by him in 1930, and the Mahatma Mandir in Gandhinagar.

Meanwhile, BJP president Amit Shah will flag off the party's nationwide "Gandhi Sankalp Yatra" on Wednesday, with its leaders, including Union ministers, scheduled to start the four-month drive from different parts of the country.

Shah will address a meeting in Shalimar Bagh in Delhi before launching the yatra that aims to propagate ideals of the 'Father of the Nation', including cleanliness, simplicity, use of Khadi and non-violence.

BJP working president JP Nadda will join the 'Gandhi Sankalp Yatra' at Chand Vatika near Khaira village while Union minister Prakash Javadekar will join in at Chuna Bhatti area of Kirti Nagar. All Delhi MPs and senior BJP leaders will join this 'yatra' at different points across Delhi.

The Congress, meanwhile, will celebrate the occasion by organising 'padayatras' across the country, with party leader Rahul Gandhi joining the foot march in Delhi that will be led by interim President Sonia Gandhi.

The Consulate General in New York would hold a celebration at Union Square to celebrate Mahatma Gandhi.

Over 10,000 students will assemble their own solar lamps and light them together to commemorate the anniversary at the Indira Gandhi Indoor Stadium in New Delhi, as part of the Global Student Solar Assembly and an attempt to enter the Guinness Book world record.

A spinning session and singing of bhajans will be organised at Mani Bhavan in Mumbai where Mahatma Gandhi stayed while in the city. The day will begin with a khadi-spinning session at 7.30 am followed by an hour of prayer and bhajans.

At 5.30 pm, a lecture by historian Ramachandra Guha titled 'Searching for Gandhi' will be organised.

The National Gallery of Modern Art will host an exhibition of paintings with themes like Swadeshi, Ahimsa, Truth and Satyagraha.