The police have grabbed CCTV footage from the neighbourhood which purportedly shows the girl falling flat on the street outside the house with a couple of local people being seen walking past her. 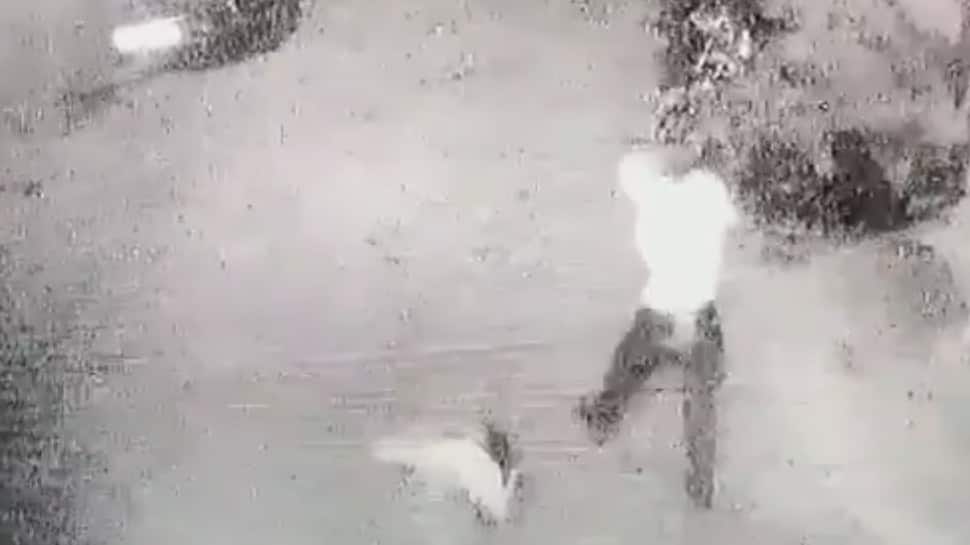 Screen grab from the CCTV footage which purportedly shows the girl falling flat on the street
Share:
Edited By:

Noida: A 17-year-old girl was on Tuesday battling for life in a hospital in Uttar Pradesh's Mathura after three men barged into her house and allegedly threw her off the second floor of the building, her family claimed.

The incident took place in the Chaatha area on Monday night after which the district police lodged an FIR in the case and arrested two of the three accused, Superintendent of Police (Mathura Rural) Shrish Chandra said.

Talking to the reporters after lodging a complaint at the local police station, the girl's elder brother Dinesh Singh claimed that the trio had been harassing his sister for about a year.

"Last night, around 8 pm, our father got a call from an unknown number. The caller asked who is speaking and sought to know the location. Our father said he was speaking from Chaatha and told the caller his name," the brother said.

"Soon, three men arrived on a motorcycle and barged into our house. They assaulted my family members, including mother and sister. Two of them forcibly took my sister to the second floor and threw her from the balcony, breaking her spinal cord," he alleged.

The police have grabbed CCTV footage from the neighbourhood which purportedly shows the girl falling flat on the street outside the house with a couple of local people being seen walking past her.

"She is admitted to a private hospital and has got severe injuries in her spinal cord and other parts of the body. She is in a critical condition," the girl's father Prem Pal Singh told reporters, as he broke down in tears narrating the episode.

The family alleged police inaction, saying they had come to the local police station on Monday night itself but were told to come the next day.

SP (Rural) Shrish Chandra said the girl's family member gave a written complaint at the local police station on Tuesday morning after which the FIR was lodged.

"Action was taken immediately and two accused arrested today. The third accused would be arrested soon and further proceedings are underway," he said.