The cause of the fire in the school bus has not been ascertained. 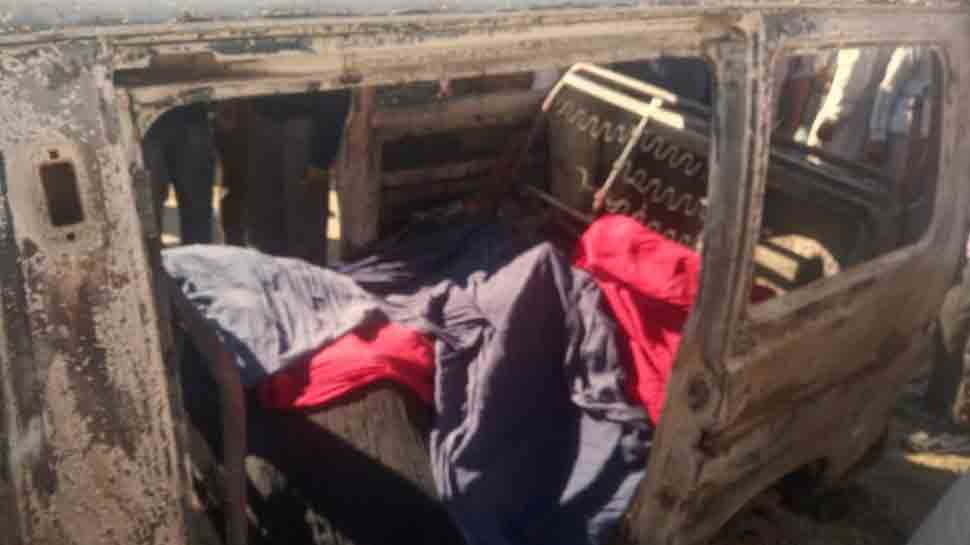 New Delhi: In a tragic incident, at least four students were charred to death after their school bus caught fire in Punjab's Sangrur on Saturday (February 15) afternoon. The other eight students were rescued by locals who were working at a nearby field and rushed to the site after they noticed the blaze in the car.

All the four minors who died in the incident are said to be 4-5 years old. The incident took place in Longowal town, some 20 km from district headquarters Sangrur.

Meanwhile, the driver of the bus managed to escape after the accident. The vehicle belonged to Simran Public School in Longowal. The children were returning home from the school when the vehicle caught fire.

Expressing his grief on the incident, Punjab CM Amarinder Singh said, "Very sad to learn of the news from Sangrur, where we lost 4 children because their school van caught fire. Injured have been rushed to the hospital. DC and SSP Sangrur are on the spot and I have ordered a magisterial enquiry. Guilty will be strictly punished."

Sangrur Deputy Commissioner Ghanshyam Thori, who visited the spot, told media that police have registered a case under Section 304 of the IPC (culpable homicide not amounting to murder) against the school principal, its management and the owner and driver of the van.

"Preliminary inquiry indicates that the van was in condemned condition and was being run illegally as per a report of the District Transport Officer (DTO). If the DTO or any official of his office is found guilty he will be chargesheeted," he said.

He said the school situated at Longowal village was recently shifted to a new building on the outskirts of the village. "The school has a temporary affiliation with the Punjab School Education Board while the van being used had been condemned and was without relevant documents," he said.

Sangrur Civil Hospital senior surgeon Dr Raj Kumar, said no child was admitted to the government hospitals in the district. "The children who survived were taken away by their families from the spot," he said.

Police sources said the van was of 1990's petrol model and was unfit to run on the road. The driver of the van ran away from the spot as soon as the vehicle caught fire, leaving children trapped inside, they said.

Punjab Education Minister Vijay Inder Singla, who is also the Sangrur MLA, told reporters at the accident spot that the private 'Simran Public School' had purchased the "very old van" on Friday. He also announced an ex-gratia of Rs five lakh to each of the victims' families.

Sangrur MP and AAP leader Bhagwant Mann, who visited the spot, told media that the van was put to use by the school for the first day on Saturday. He demanded registration of murder case against school officials and owner of the van. He said the victims included a three-year-old girl, who went to the school for the first time. He said that among the dead two are from one family. Meanwhile, Aam Aadmi Party and SAD condemned the incident and expressed condolence for the victim's families.

Meanwhile, several villagers, including parents of the victims have staged a sit-in at the spot and refused to take bodies till action is taken against guilty.