The accident happened late on Monday night. A woman and a four-year-old child were also killed in the fatal accident. 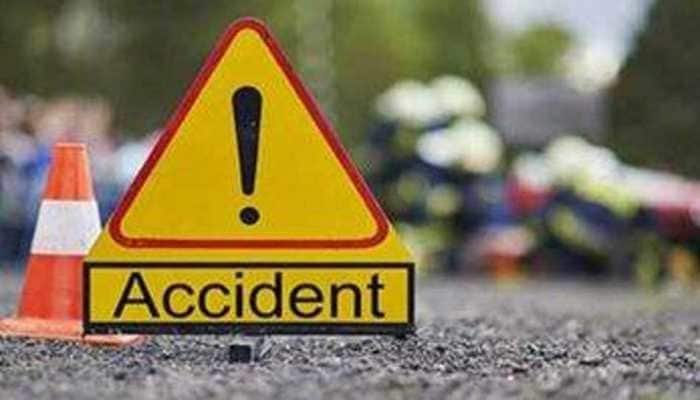 New Delhi: At least six people, including a woman and a four-year-old child, were killed and five others were critically injured after two cars collided with each other in Tejaji Nagar area in Madhya Pradesh's Indore, news agency ANI reported.

An Army officer was also killed in the fatal accident which took place late on Monday night.

Meanwhile, another road accident was reported from Orcha town of Madhya Pradesh on Monday after a car carrying five people fell into a river while trying to avoid collision with an autorickshaw coming from the opposite side.

#WATCH Madhya Pradesh: A car carrying 5 people lost its balance, while trying to avoid hitting an autorickshaw, and fell into a river in Orchha town of Niwari district today. All the five occupants of the car were later rescued and sent to a hospital. (Source: CCTV footage) pic.twitter.com/TF8uTDBmWG

The occupants of the car were later rescued by the people present at the accident site and were rushed to a nearby hospital with minor injuries.

The autorickshaw driver, however, fled the spot after the accident.

'Why was Rahul Gandhi not allowed to visit J&K,' asks Mehbooba Mufti ahead of EU delegation's Kashmir tour