AAP leaders Atishi Marlena and Dilip Pandey lauded the Delhi governments measures to curb pollution in the capital and urged the government of Punjab and Haryana to take some action against the continuous increase in stubble burning. 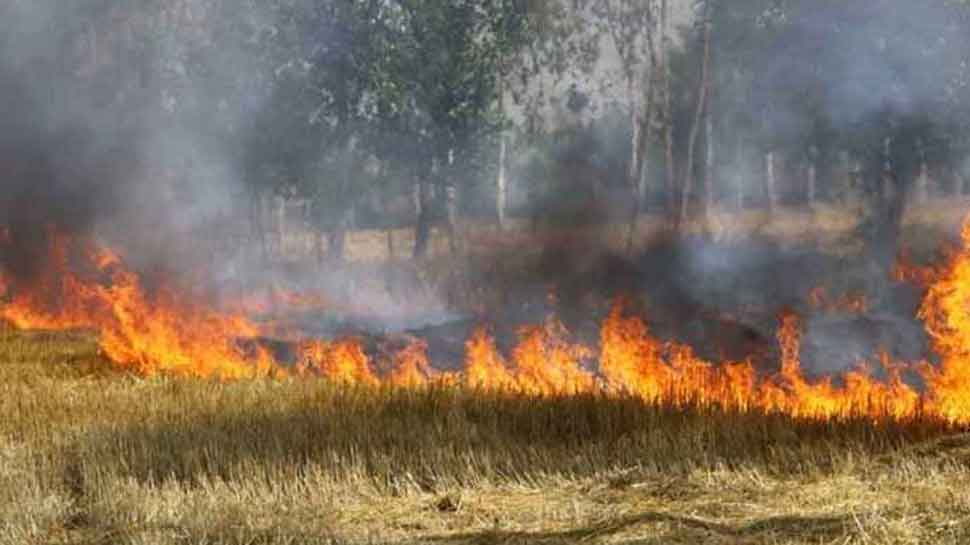 New Delhi: Aam Adami Party (AAP) on Tuesday slammed the Center and the neighbouring states for not taking stern action in view of increasing stubble burning cases this year in Punjab and Haryana. The continuous increase in crop burning has led to a rise in the air pollution level in Delhi.

AAP leader Atishi Marlena said that Delhi alone cannot tackle the problem without the cooperation of others. She said, '' The Centre, Punjab and Haryana need to come together and take stern action against stubble burning, only then the issue of air pollution could be solved. Delhi alone cannot single-handedly combat this pollution."

She also informed about the Delhi government's further action plan to curb pollution and said, "All the emergency actions are being taken in Delhi. From next week, the Delhi government will distribute free masks through schools. Odd-even scheme will also start, but the situation will not improve till the Centre, Punjab and Haryana governments remain silent," she added.

Atishi lauded the Delhi government and its agencies for their relentless effort to curb down the pollution level in Delhi. Talking about the pollution data this year she said, '' The Central Pollution Control Board data shows that 25 per cent decrease in pollution in Delhi has already taken place, but due to stubble burning in the neighbouring states this time, all the efforts of the Delhi government are going vein.''

Another AAP leader Dilip Pandey held  Punjab government responsible for the current situation and not being able to reduce the counts of stubble burning in the state. Pandey said,  "According to data from the Punjab Pollution Control Board (PPCB), the state recorded 9,600 incidents of stubble burning till October 27 last year. This year, the figure has shot up to 12,027."

Stating stubble burning as the major contributor to the Delhi's air pollution, Pandey said, '' There is an increase of at least 2,400 farm fires this year till October 27.''

Taking concern over Delhi's increasing pollution level he added, "I want to clarify that the available data is saying something very different from what the BJP government is claiming.

There is also a steady increase in the stubble burning count observed in the last 24 hours which went from 2,805 on October 26 to 2,231 on October 27.  The Senior AAP leader also informed that Haryana witnessed 3,735 farm fires as compared to 3,705 last year. Last week's satellite data shows that stubble burning incidents in India reached its maximum levels on October 26.

Earlier, on Tuesday US-based space agency NASA released some images of stubble burning in Punjab and Haryana which clearly indicated the rise in stubble plume.

Delhi air quality is expected to remain in higher-end of very poor category for the past two days.