CM Adityanath expressed his joy on Twitter and quoted a few lines from Ramcharitmanas. 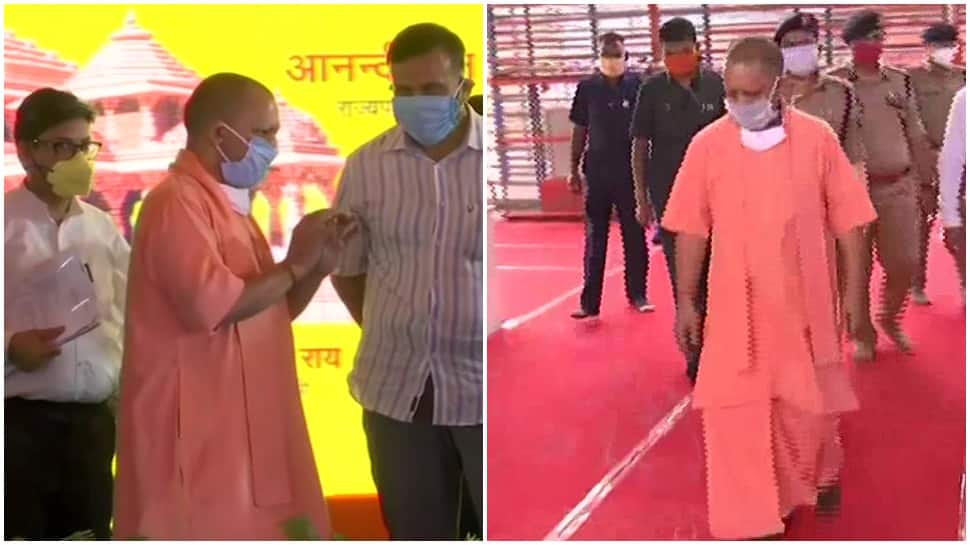 Ayodhya: Uttar Pradesh Chief Minister Yogi Adityanath on Monday (August 3, 2020) reached Ayodhya to take stock of the preparations, two days ahead of the much-awaited 'bhoomi pujan' of the Ram Temple.

The UP CM whose visit to Ayodhya on August 2 was cancelled due to the death of cabinet minister Kamla Rani Varun, reviewed the arrangements ahead of Prime Minister Narendra Modi's visit to the holy city on August 5.

CM Adityanath expressed his joy on Twitter and quoted a few lines from Ramcharitmanas adding that the wait from many centuries is now over.

"All devotees should light a lamp at home. Read Sri Ramacharitmanas. Everyone will receive the blessings of Lord Shri Ram," said UP CM.

He expressed that the souls of Mahant Digvijaynath Maharaj and Mahant Avedyanath Maharaj must be the feeling of immense satisfaction as they had devoted their entire lives for the establishment of Shri Ram Temple in Avadhpuri.

Earlier in the day, Ram temple 'bhoomi pujan' rituals began with 'Gauri Ganesh puja'. The 'puja' started at 8 AM with chanting of mantras by 11 priests while 'Ramayana path' were held in various other temples. The 'Gauri Ganesh' puja was done by priests from places like Kashi, Kanchi and Delhi.

Meanwhile, the Hanuman Garhi temple in Ayodhya is also sanitised ahead of PM Modi's visit.

"PM Modi will first visit Hanuman Garhi temple and offer his prayers before going for bhoomi pujan at Ram Janambhoomi, so preparations are underway for his visit here," a temple priest was quoted by ANI news agency.

In other related developments, the Northern Railways announced that the first phase of the new railway station in Ayodhya will be completed by June 2021. Notably, the station will be built on the theme of Ram temple and will be equipped with all modern facilities.

Northern Railways General Manager Rajiv Chaudhary said that in the first phase, the work of platform number 1,2, the work of verandah, stairs and passage and the construction of the premises will be completed adding that the construction was approved in 2017-18 and will cost about Rs 104 crore.