The executive committee of All India Muslim Personal Law Board (AIMPLB) on Sunday took the decision to file a review petition against the Supreme Court's verdict in Ayodhya land dispute case. The decision was taken in a crucial meeting chaired in Uttar Pradesh's Lucknow. 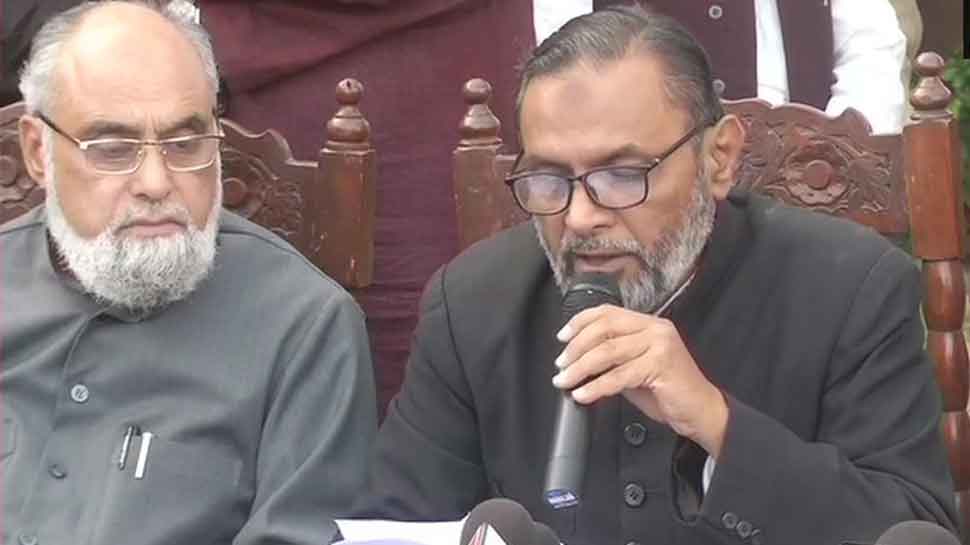 Lucknow: The executive committee of All India Muslim Personal Law Board (AIMPLB) on Sunday took the decision to file a review petition against the Supreme Court's verdict in Ayodhya land dispute case. The decision was taken in a crucial meeting chaired in Uttar Pradesh's Lucknow.

Speaking on the board's decision, AIMPLB secretary Zafaryab Jilani said, "SC's decision of allotting five-acre land to Muslims is not acceptable to us. According to Islamic law Shariyat, we cannot accept any other land to construct the mosque."

Ahead of the board's decision, Maulana Arshad Madani of Jamiat Ulema-e-Hind had said, "Despite the fact that we already know that our review petition will be dismissed 100%, we must file a review petition. It is our right."

Among those who were present in the meeting were AIMPLB secretary Zafaryab Jilani and AIMIM chief Asaduddin Owaisi. As per reports, some senior lawyers were also invited to the meeting to discuss the issue.

In a unanimous verdict last week, the Supreme Court paved the way for the construction of a Ram temple at the disputed 2.27 acres of land site in Ayodhya and ruled that Sunni Waqf Board will get 5-acres of land at an alternative site for building a mosque. The apex court clarified that either the Central government can give the five-acre land to the Sunni Waqf Board from the nearly 68 acres of land which it had acquired in 1993 under the Acquisition of Certain Area at Ayodhya Act or the state government could hand over the piece of land at a "suitable prominent place in Ayodhya".

The bench, headed by Ranjan Gogoi gave the government three months to set up a trust for the same.

The Sunni Waqf Board, one of the litigants in the Ayodhya title dispute case, has said that a final decision on accepting the offer of the plot will be taken later.

Not collecting funds for construction of Ram Mandir in Ayodhya: VHP